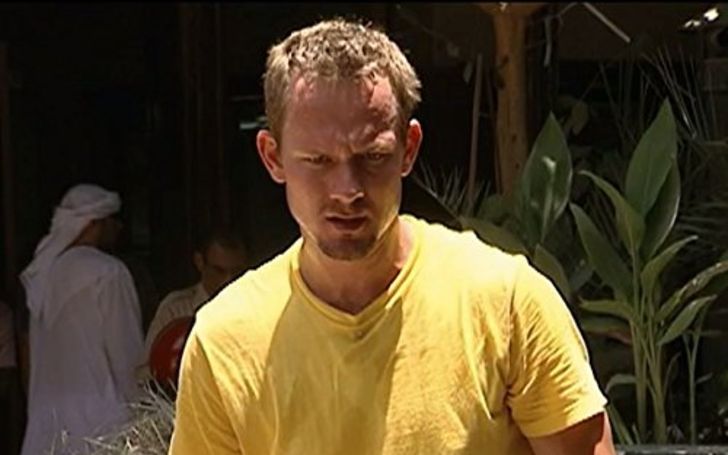 People from all around the world know Brian Kleinschmidt (b. April 30, 1982). He’s renowned as a serial entrepreneur, reality show star, innovator, and home flipper. Besides that, he’s a lovely husband to his wife and a caring dad to his daughter. Let’s learn more about him on this page today.

Brian Kleinschmidt’s Net Worth as of 2020

Those who were desperate to know Brian Kleinschmidt’s net worth, sadly, we had to break it down to you that the HGTV star hasn’t shared anything on that topic to any media. Therefore, no official document is available to vouch for his current legit financial status.

Despite the odds, Brian Kleinschmidt, being a TV personality, made many to estimate his fortune. As of 2020, he is estimated to accumulate an outstanding net worth of $1 million, as of 2020.

As mentioned earlier, Brian Kleinschmidt is an entrepreneur, TV personality, and home flipper. He did many things that helped him to be where he is today in his long career history.

According to Earn The Neck Lace, Kleinschmidt’s entrepreneur journey began at a very young age. He, alongside his brother, used to earn extra money from washing cars around the neighborhood. Subsequently, when he grew up, his entrepreneurial spirit also thrived.

Kleinschmidt then opened a chain of Anytime Fitness gyms in multiple locations as his first successful business. While he was doing that, he also started flipping houses. He explained one of his personal achievements in that business was selling three homes during the 2008 recession.

Talking about his television journey, the 38-year-old Kleinschmidt first showed up in the American reality game show The Amazing Race back in 2009. After that, he appeared in the ABC hit show Shark Tank in 2015.

Also Read: Who is Jessica White? Know about her net worth and personal life.

In Shark Tank, Kleinschmidt appeared representing his company EZ-Pee-Z. He was seeking for investment and asked $500,000 for a 15% stack in his company. However, he didn’t get a deal, but luckily his product attracted many viewers of that show, which boosted his sales.

Besides making an entrance in the reality show, Kleinschmidt began his own series. Indeed, we are talking about the 100 Day Dream Home. He earned massive fame from his first television project. The show debuted in 2019.

Brian Kleinschmidt has been married twice, which means his first marriage didn’t survive. Previously he shared the vows with the former Miss America, Ericka Dunlap. Yes, you read it right; his ex is a pageant holder.

The former Kleinschmidt-Dunlap duo together participated for the season 15 of the game show, The Amazing Race. They tied the knot in 2007. They were married couples for four years; thus, they divorced in 2011.

After Kleinschmidt separated from his former spouse, he reunited with his high school sweetheart Mika McGee. They knew each other from their time as a student at Riverview High.

Kleinschmidt proposed Mika in 2013 and subsequently walked down the aisle in October 2015. They are raising a baby girl named Jade, 13. Yes, they are parents to their cute daughter. Further, it is reported that the lovely pair are about to welcome their second child in their life.

Besides parenting, their daughter, Kleinschmidt and Mika are together in their TV show 100 Day Dream Home; many viewers love their chemistry in the HGTV series.

Who is Brian Kleinschmidt?

Brian Kleinschmidt is an American reality television personality who together with his wife Mika McGee hosts 100 Day Dream Home on HGTV; further he was married to former Miss America Ericka Dunlap with whom participated in the game show The Amazing Race.

Are Mika and Brian Kleinschmidt married?