Ayako Fujitani is the daughter of a celebrity father, but it's interesting how she has made a successful career without using her father's name. Here are all the details about her relationship status, net worth and early life. 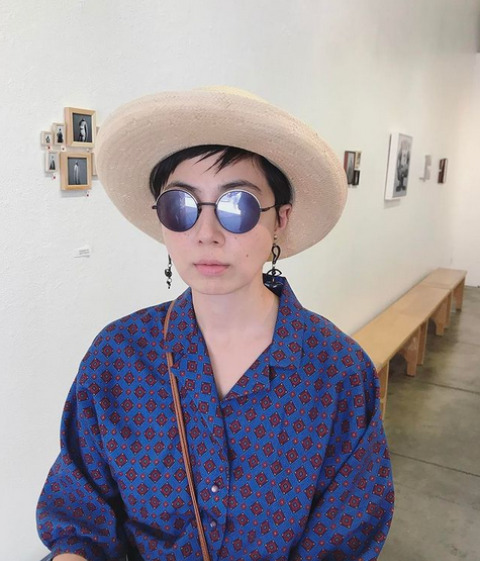 Ayako Fujitani is a married woman and a mother of two children. She is married to the Spanish screenwriter Javier Gullón. The two dated for many years and eventually tied the knot in 2016 in an intimate ceremony. The pair have already become parents to two beautiful girls.

The couple’s oldest daughter is named Tora (born on December 6, 2016). Their youngest daughter is named Sumimo, but they have not disclosed her birth date yet. The small family is living a very secluded life from the media attention. However, Ayako’s Instagram profile is filled with pictures of her children and husband.

Ayako Fujitani Net Worth and Career

Ayako Fujitani is a writer and actress. She is known for Tokyo!, Mozart in the Jungle and The Last Ship. She is most famous for being the daughter of the famous American celebrity Steven Seagal from his first marriage. Fujitani was also a member and the singer of the band Father’s Girls.

The celebrity child made her film debut when she was only 16 years old with the cult fantasy film ‘Gamera-Guardian of the Universe.’ She has since appeared in many films, including Musashi, Gamera 2: Attack of Legion, Private Detective No.5, Kaze ni Tatsu Lion, Death of Domomata and Ikusa, to name a few. She also made a cameo appearance in Shûsuke Kaneko’s thriller Crossfire in 2000.

The actress is a well-known writer and has written both fiction and nonfiction pieces. In her initial years, she used to write for the Hollywood Report column in Roadshow entertainment magazine. She then wrote the novels, Touhimu (Flee-Dream) and Yakeinu (Burnt Dog). Touhimu was adapted into the film Shiki Jitsu in 2000. She also starred in its title role. She is also the director for the short drama for TV Tokyo’s 2006 short drama, Drama Factory program.

Fujitani has also written many essays and short stories for various national publications in Japan. She also translated one of her favorite novels, David Small‘s ‘Stitches: A Memoir,’ from English to Japanese. As for her net wealth, the celebrity child has not disclosed any details about it. However, according to the sources, her estimated net worth is $300,000.

Ayako Fujitani was born on December 7, 1979, in Osaka, Japan. Her full name is Ayako Faith Fujitani. She was born to Steven Seagal and Miyako Fujitani. Her father, Steven, is an American actor, screenwriter, producer, martial artist, and musician. Her mother, Miyako, is a Japanese and an aikido master.

Ayako’s mother, Miyako, is the first wife of the American Celebrity Steven Seagal. When she was still a child, her parents divorced. Her mother gained custody of the children, and she, along with her mother and brother, relocated to Osaka, Japan. The writer prefers not to add her father’s surname ‘Seagal’ to her name.

The actress also has an elder brother named Kentaro Seagal. Kentaro is an actor and fashion model. She also has many half-siblings from her father’s other marriages: Annaliza, Dominick, Arissa, Savannah and Kunzang. She also resided in Los Angeles in some of her teenage years.

When she was 12 years old, the writer won a beauty pageant, leading to her modeling career. She did her schooling in Japan. After her schooling, she moved to Los Angeles, California, where she studied acting, filmmaking, and English. The now 42-year-old started developing her interest in literature as a teenager. She began her writing career working for a Japanese magazine named Roadshow.