Anna Torv is an actress best known for her performance on Fox's Fringe as FBI agent Olivia Dunham. Keep scrolling to know more about her. 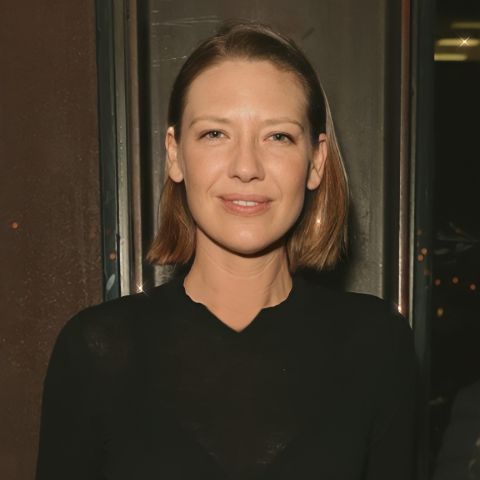 Anna Torv’s first film appearance came in 2002 when she appeared in the Australian film “White Collar Blue.” She proved herself to be a hardworking and talented actress on the set of these films. Torv appeared as Ophelia in John Bell‘s “Hamlet” with the Bell Shakespeare Company in 2003. In 2004, she was cast as Nikki Martel in Australia’s popular television program “The Secret Life of Us.“

The actress recorded a series of audio novels for Scholastic Australia’s Solo Collection in 2005, including “Little Fingers,” “Jack’s Owl,” “Spike,” and “Maddy in The Middle.” She later portrayed Nariko in the 2007 video game ‘Heavenly Sword.’ In 2008, she appeared in the BBC series “Mistresses.” Torv starred as Agent Olivia Dunham in the American television series “Fringe” from 2008 to 2013.

In 2009, Anna was awarded the Australians in Film Breakthrough Award. From 2009 to 2013, she was nominated five times for the Saturn Award for Best Television Actress, winning four of them. Torv starred as Virginia Grey in HBO’s miniseries “The Pacific,” and then as a despotic traffic cop in a “CollegeHumor Original” video.

The Fringe actress resumed her role as Nariko in the film adaption of “Heavenly Sword” in 2014. Torv was cast as Wendy Carr, an FBI consultant, in David Fincher‘s Netflix movie “Mindhunter” in March 2016. She was cast as Tess in the HBO post-apocalyptic series “The Last of Us” in July 2021.

Anna Torv was previously married to Mark Valley, a colleague from the TV show “Fringe” who is over 15 years her senior, in December 2008. After a few months of a tumultuous romance, the couple met on the set and planned a little wedding ceremony.

The couple’s marriage was not meant to last. After a year of marriage, they divorced. The reason for their divorce was not told and is still unknown. Anna has not been seen with any other partners since then. Sherri, Mark’s daughter, was born in 1987. Information regarding Sherri’s birth mother is currently unknown.

Anna Torv was born in Melbourne, Victoria, to Susan Torv and Hans Arvid Torv. She was raised on Queensland’s Gold Coast. Anna’s father was born in Stirling, Scotland, to a Scottish mother, while her paternal grandpa is of Estonian ancestry. Her mother was born in Scotland. Anna has a strained relationship with her father. Her younger brother’s name is Dylan.

The 42-year-old’s paternal aunt Anna Murdoch Mann, a Scottish journalist and writer, has married Australian media billionaire Rupert Murdoch for almost 30 years. Now moving on to her education, Torv received her high school diploma from Benowa State High School in 1996. She earned a degree in Performing Arts from Australia’s National Institute of Dramatic Art (NIDA) in 2001.