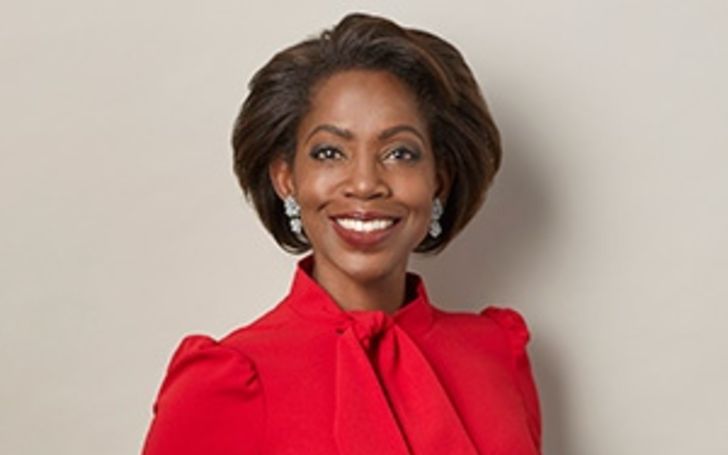 Journalism is not anyone’s cup of tea, but England-born Canadian journalist Andria Case has been doing it exceptionally for decades. She is reporter and anchor who, at present, works at Toronto based weather and traffic news channel Toronto News. In the past, the talented lady has a vast experience of working in news companies like CFPL-TV, CHWI-TV News, and CFPL-TV. Learn all you need to know about the beautiful Andria’s life in this article below!

Is The Veteran Anchor Andria Case Married? What is Her Marital Status?

Andria Case is a married woman and is in a bliss marital relationship with her husband, Richard Parkinson. Her partner Richard is a high-performance coach at Athletics Canada.

Although the CTV Bell Media reporter has been tight-lipped on her married life, it has learned that the two have been in nuptial for over 16 years getting hitched on May 28, 2004.

On May 28, 2020, Richard upload the picture of his wife on Instagram and wished her a happy wedding anniversary. Congratulations to the pair! After her marriage, Andria took her husband’s surname and now makes herself known as Andria Case Parkinson.

You May Also Like To Read: WDTV 5 News Journalist Samantha Ruff’s Personal Life And Relationship Status!

Despite marrying for so long, the duo does not appear to have any kids yet. It might also be that they are trying to keep their kids away from the public limelight. The lovely couple is living in Toronto, Canada.

As a journalist, Case usually remains occupied with her works. In her spare time, she spends time with her spouse and close ones. The news anchor is active on social media such as Facebook, Instagram, and Twitter, where she posts things about her private life and works.

Andria Case’s Net Worth And Career

Andria Case has a net worth of $2 million from her quarter of a century in the journalism field. Having worked for so long in the profession, she certainly receives a handsome salary from her contributions.

In her illustrious career, she has worked in various fields of journalism. She started her career in London, Ontario as a reporter and writer for CFPL-TV. Later, she was a reporter and ENG camera operation for CHWI-TV News in Windsor, Ontario.

Check out the clip of Andria Case reporting a news on CTV News Toronto!

The veteran journalist also worked for on CFPL-TV, where she was in the position of a producer and host for ONE O’CLOCK LIVE, a news program that aired in London, Ontario.

Andria is currently working as a general assignment videojournalist in CTV News Toronto, where she joined in 1997. Moreover, at CTV News, she anchors the station’s weekend newscasts and continues to contribute to weekday newscasts with reports from across Toronto.

Andria Case was born in England, United Kingdom. Her mother and father are Jamaican nationals. At her young age, her parents moved to Canada.

The talented reporter studied at Ryerson University in Toronto, where she received her Bachelor’s Degree in Journalism and Advertising.

Case began her professional career in CFPL-TV in Ontario, where she worked as a writer and a reporter.