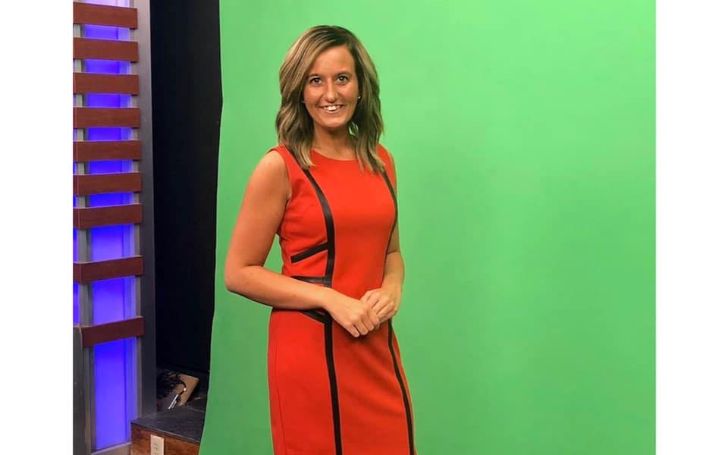 Samantha Ruff is an American journalist who serves as a news anchor and producer for WDTV 5 News based in West Virginia. Previously, the talented lady has experience working for news channels like WTVQ, 9&10 News, WFRV and WJMB Television Station Inc, and Public TV 13. Let’s get to know more about Samantha’s life in the section below!

What is Samantha Ruff’s Relationship Status? Does She Have Someone Special in Her Life Yet?

The versatile news anchor Samantha Ruff appears to be single and not in a lovey-dovey relationship with anyone at the moment. Till this day, there is no news article related to her love life.

An active user of social media, especially on Facebook, the ex-9&10 News director has never indicated anyone to be her boyfriend so far. It might seem, she is entirely focusing on her profession than anything else right now. Good for her!

Most of the time, Samantha remains occupied with her producing and anchoring job. But in her spare time, she enjoys spending time with her friend and family, often going out to explore and travel to places. Moreover, she is an animal lover and has a pet cat and dog.

Over the years in her journalism, she’s honed her skills in the field, having worked in several companies. She worked as a producer and director at Northern Michigan University’s television Public TV 13 for a year and a half.

Check out the clip of Smantha Ruff’s first day at WDTV 5 News on Daybreak!

The beautiful reporter, furthermore, served as a director and production assistant while working at WFRV and WJMN Television Station Inc for a year. From February 2019 to December 2019, she worked in the position of production manager, director, and producer for Lexington, Kentucky based network WTVQ.

At present, Ruff is working at WDTV, where she joined in December 2019. She hosts a Morning and Noon news in West Virginia. Additionally, she helps producer the morning Daybreak show from 5:30 a.m till 7 a.m. She works as a producer and anchor for West Virginia Midday.

Samantha Ruff was born in Lexington, Kentucky, United States. She studied her high school education at Traverse City Central High School from 2009 to 2013.

The lady dreamt of being a journalist from her childhood, which is why she decided to choose study journalism at Northern Michigan University. She graduated with a degree in Bachelor’s Degree in Multimedia Journalism in 2017.

While at Northern Michigan, she did her summer intern at 9&10 News-Heritage Broadcasting for four months from May 2015 to August 2015. Besides news anchoring, she has skills in public speaking and photography.

Samantha also has a volunteering experience of working as a builder for a nonprofit organization, Habitat for Humanity. The organization works in helping homeless people around the world build a place to live.

If you want to read similar celebrity articles, make sure to visit the website Featured Biography!