Skip to content
Home » Entertainment » How Much is Ana Cheri’s Net Worth? Know About her Earnings

How Much is Ana Cheri’s Net Worth? Know About her Earnings 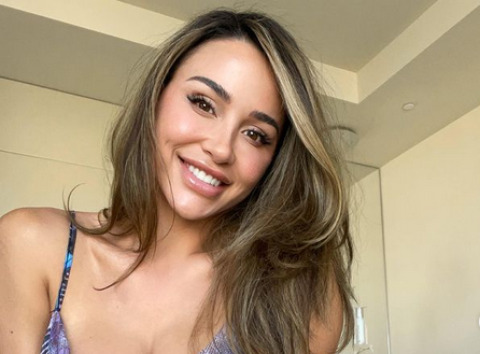 Ana Cheri Garcia, better known as Ana Cheri, is an American Model, Actress, Entrepreneur, Youtuber, Motivational Speaker, and Instagram Star. She has been once named the Maxim Instagram Girl of the Week as well as the ‘New Queen of Instagram‘ by The Chive and Playboy Playmate of the month for October 2015.

Born and raised in Orange County, Anaheim, USA, Ana is also known as the chameleon of the modeling world in the United States. The Instagram star is a mixed-race with Caucasian, Native American, and Latin ancestry. Her mixed-race features are the very reason that makes her look exotic and stand out. That is the reason why she has become so popular.

Born on May 16, 1986, to parents Alvin Cheri and Amanda Cheri, Cheri has come a long way from her first journey. She is now one of the well-known personalities who have leveraged their popularity from their social media profiles to earn money and fame. In this post, we will look into the Entrepreneur’s total net worth and her career highlights.

How much is Ana Cheri’s Net Worth?

Ana Cheri started her career by posting her images and fitness tips on her Instagram profile. She eventually began her professional modeling career by appearing in posters and brochures. Her first breakthrough was when she was featured in Muscle and Fitness magazine. After that, the YouTuber appeared in Punch Magazine and Toyo Tires. She has acted in Playboy’s Amateur Girls, Nuclear Family, and Ana Cheri’s Booty Boot Camp.

In 2015, the model gained massive popularity after appearing as Playboy‘s Playmate for October. She was awarded Playboy Playmate of the month (October 2015). Following her appearance in the Playboy Magazine, the actress got opportunities to work with numerous famous brands like K&N Filters, 1st Phorm Supplements, Ultimate Armwrestling League, Moskova Underwear, and Monster Energy drinks.

Cheri is currently the brand ambassador and motivational speaker for the brand Shredz. She is very active on social media platforms. The Nuclear Family star frequently uploads videos on beauty tips, healthy diet plans, exercise tutorials, motivational speeches, interviews, lifestyle, questions and answers, health suggestions, and more on her YouTube channel. She frequently shares her work-related posts on her Instagram profile which has over 12 million followers.

Apart from the Instagram star’s modeling career, she is highly enthusiastic about health and fitness. She owns an activewear brand Cheri Fit. The Motivational speaker is also the CEO and owner of the fitness gym “Be More Athletics” in Santa Anna, Orange County, and her husband. She is one of the highest-earning Millionaire Instagram Supermodels. According to celebrity net worth, the model’s net worth is $5 million.

Ana Cheri’s Beau is more than her Life Partner.

Ana Cheri is married to Ben Moreland. He is a fitness expert and personal trainer. The two have been together for a very long time and are very much in love. But, her hubby is not just her life partner. The two share a similar passion; both of them are health and fitness conscious.

The Entrepreneur’s husband is very much her motivation behind her being a fitness fanatic. Ben has helped Ana’s career by giving active support in writing and publishing fitness books. The pair regularly participate in exercises to stay in the best possible shape.

The couple’s similar interests and passion have led them to open their fitness gym. They are CEOs and co-owners of their fitness gym “Be More Athletics” in Santa Anna, Orange County. The gym is named after the title of the fitness program that Ben developed. The gym’s goal is to offer empowerment for women through positive living and the development of strength through fitness.

The pair began dating in 2006. After years of knowing each other, the couple finally tied the knot in 2011. Their wedding ceremony was intimately held at the Miramonte Resort in Indian Wells, CA, in the presence of their close friends and family. In addition, Moreland was born on May 6, 1985, in Tacoma. He is also an Instagram star who frequently shares fitness tips on his Instagram profile.