Alia Marie "Lia" Shelesh, popularly known as SSSniperWolf, is an American YouTube celebrity and social media sensation. Keep scrolling down to know more about him. 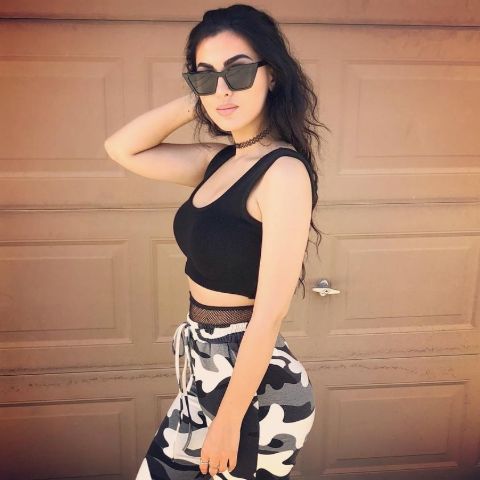 Alia Marie “Lia” Shelesh (SSSniperWolf ) was born in England, the United Kingdom, on October 22, 1992. She has Greek and Turkish ancestors. When Lia was six years old, her family relocated to the United States. Her sister is YouTuber Ranya Lasagna, and she has two younger brothers.

SSSniperWolf began playing video games when she was six years old. Her parents have also encouraged her to succeed in gaming. Despite not attending university, SSSniperWolf began attending a local community college near the end of her career. She had to drop out of her degree, though, because she couldn’t focus on both her education and her profession.

Alia Shelesh’s YouTube views every thirty days average around 680 million. According to the site, her monthly revenues range from $171,500 to $2 million. With the highest CPM in the United States hovering between $8 and $10 per thousand, SSSniperwolf’s earnings per video might reach $40,000. Alia has a total net worth of $6 million.

The Youtuber purchased a 2.9 million dollar property in Las Vegas, Nevada, in 2019. She currently does not have active sponsors for her YouTube videos. She did, however, recently partner with makeup brand Anastasia Beverly Hills for a 25 pan eyeshadow palette. SSSniperwolf is also ranked 112th in terms of total subscribers and 133rd in terms of total viewing.

The YouTube channel SSSniperWolf proved to be a tremendous hit among young gamers, and Alia Shelesh became extremely popular due to her burgeoning social media stardom. Over 29.2 million people have subscribed to SSSniperWolf. Her other social media platforms have also proven to be extremely popular. Alia has over 5 million Instagram followers and a big Twitter and Facebook following.

Following the popularity of her original YouTube channel, SSSniperWolf launched a second channel named Little Lia. The channel specializes in giving her viewers DIY video guidance. This channel has over 3.58 million followers and offers advice on women-related themes such as home items, soft toys, crafts, and cuisine.

When asked why she started the second YouTube channel, Alia stated that she has always been interested in crafts and video games since she was a child and wanted to turn this love into a solid business opportunity. The second channel was equally a success, establishing her as a favorite among housewives. She has become a true internet celebrity as a result of the popularity of her second channel.

The channel, according to the post, contains sexual and racist content targeted at embarrassing other gamers. She did not confirm or deny the website’s allegations, keeping her admirers in the dark about the truth. SSSniperWolf maintained an on-again, off-again connection with another YouTube personality named Evan Sausage.