Aishah Hasnie is one of the noted people who, despite coming from a minority group of people, has marked her presence strongly in the media field. Here are the details on her relationship status, net worth, and early life. 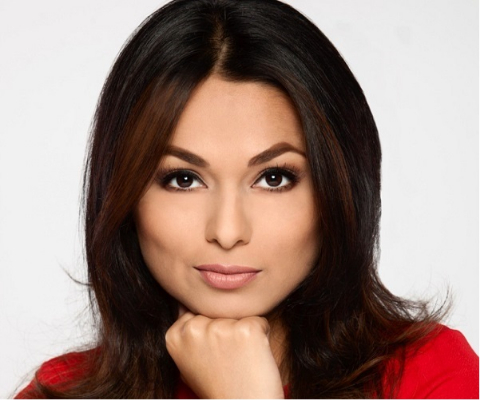 Aishah Hasnie is not talkative about her private matters. Unlike many celebrities, she has kept her relationship status a secret from the public. As such, it is not known whether the fox news anchor is single or secretly in a relationship with someone.

The news anchor has never been linked with anyone. Her dating history has been concealed well. However, it is no doubt that she is unmarried. It seems the anchor is very focused on her journalism career as of now. She currently resides in Washington, DC.

Aishah Hasnie Net Worth and Career

Aishah Hasnie is an American Television Journalist. She is currently the congressional correspondent at Fox News. The journalist’s career in the media field started when she interned as an on-air reporter at WICS-TV, WTHR-TV, and GEO-TV. She was also given a position as an investigative reporter and fill-in anchor at WANE-TV. After that, she worked as an investigative reporter at WXIN-TV.

Hasnie came into the limelight after serving as an anchor and news correspondent for First at Four and Fox & Friends First. She has been recognized for her work by the Indiana Associated Press and the Society of Professional Journalists. Aishah has been nominated for an Emmy Award for her work as an investigative reporter on voyeurism. In 2020, the Fox News reporter was named a New York Woman of Impact by Variety.

Additionally, she covered the protests throughout New York City following the death of George Floyd. Hasnie also followed the devastation of Hurricane Sally on the ground from the Mississippi Gulf Coast. Aishah has never disclosed her net wealth figure to the public. Having been working since 2006, the anchor is assumed to have amassed quite sizeable assets. According to the sources, her net worth is $300,000.

Aishah Hasnie was born on October 4, 1985, in Lahore, Pakistan. When she was six years of age, her family immigrated to the United States sponsored by her uncle, a lieutenant commander in the U.S. Navy. After making it to the States, the family settled in Bedford, Indiana, where Aishah spent the remaining of her childhood. The news anchor has dual citizenship in Pakistan and the U.S.

The T.V. personality has never revealed about her parents and family. However, it has come to light that she is the middle child to her parents. She has an older brother and a younger sister. Her sister’s name is Afiah Hasnie, and she is a doctor by profession. The siblings grew up in Islamic culture.

As for her academic accomplishments, the journalist completed her high school at Bedford North Lawrence High School in 2002 and college-level studies from Indiana University, majoring in B.A. in Journalism in 2006. She was also a recipient of the Dick Yoakam Broadcast Journalism Scholar.