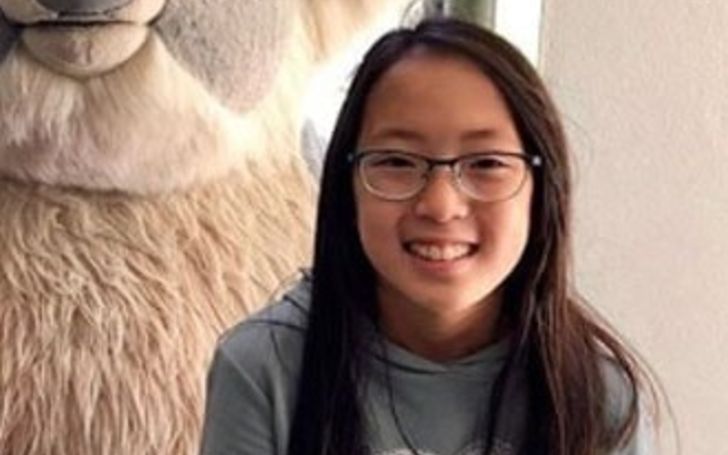 One of the fastest ways to get famous is either being really talented to get media attention or being born into fame. A prime example of being born into fame is celebrity children, who get instant recognition due to their parents’ widespread popularity. Just like that, today we have another celebrity daughter Alexa Jeong. If her last name didn’t already give away, then let us tell you she’s the child of talented American comedian, actor, and physician Ken Jeong. Here we have more details on the young girl, all from her net worth, to her family life and parents.

Does Alexa Jeong Have A Net Worth Collection?

Well, considering the fact that Alexa Jeong is just a 13-year-old kid, it might be too soon for her to garner a considerable net worth like her parents. For now, only time will tell if she’ll follow the career path of her parents and be financially successful. For now, she enjoys the lavish lifestyle provided by her parents, Ken Jeong and Tran Ho.

According to celebrity net worth, Ken Jeong holds a staggering net worth collection of $14 million as of 2020. He’s made such a huge bank balance for himself from building a strong work profile by working as an actor and a doctor. His salary from the movie The Hangover Part III was $5 million.

You may also like: What Is Ali Landry’s Net Worth?

Not many know that Crazy Rich Asians star also makes quite a sum from his real estate dealings. He’s the owner of a couple of luxurious properties in Calabasas, costing $3.95 million. He bought a separate property in the same area for $1.635 million and sold it for $2.4 million.

The celebrity child Alexa Jeong’s parents Ken Jeong and Tran Jeong’s love story is from way back in the medical field. Both of them met each other while working for the Kaiser Permanente in West California. It was an instant attraction for both of the doctors and they ended up in a relationship for about two years before making things official.

The Jeongs married each other in a close-knit wedding ceremony held amongst loved ones, friends, and family in 2004. They have been together with each other through all of their troubles even when Tran was diagnosed with breast cancer.

If you think that Alexa Jeong is the only kid in the Jeong family then you’re very wrong here. In fact she comes in a package deal, i.e she has a twin sister Zooey Jeong. The beautiful girls are fraternal twins born in 2007. Talking about their appearances Zooey looks like her father and Alexa shares her mother’s look.

Alexa’s twin sister Zooey is very talented in cute little actor who took part in an acting face off with her father in the Jimmy Kimmel Show. The father-daughter duo did a challenge encasing a range of emotions like angry, happy, sad.