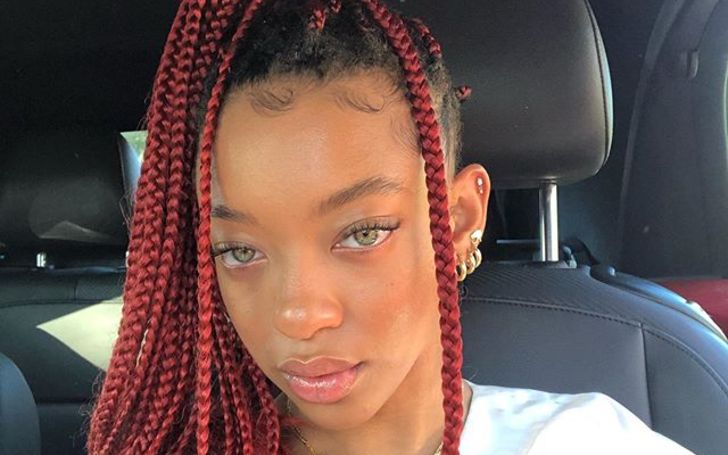 Zolee Griggs is in her early twenties, and she already managed to grab massive success. She rose to prominence as a fashion blogger, actress, singer, actress, and YouTuber. Indeed, she is invested in several fields of the entertainment industry. However, she is involved in many areas and even succeeded in earning quite a fame from her works. Due to that, many seek to learn about her. Thus today’s we brought everything you can get on her on the internet. Keep on reading to know it all.

Born on July 30, 1997, in California, United States, Zolee Griggs was raised in Los Angeles, California, by her parents. She has three siblings named Nate, Cameron, and Noah.

Regarding her dad and mom, unfortunately, details about them aren’t out in the media yet. Further, her educational background is also unknown.

Cory in the House star Zolee Griggs’s Net Worth Collection

According to reliable sources, the Cory in the House star Zolee Griggs accumulated an outstanding net worth of $1 million, as of 2020.

All credits for her incredible fortune go to her blooming career as a fashion blogger, actress, singer, actress, and YouTuber. Indeed, at an early age, she already managed to pull something which might take many of us our whole life, no wonder how she hit a millionaire tagline so fast.

As a gorgeous actress, Zolee Griggs has worked on several projects until today. She debuted from a supporting role in the TV series Strong Medicine back in 2003. After a year, she played as LaTeesha in a movie Back When We Were Grownups.

You Might Like To Read: The Beauty Pageant Winner Kim Gravel’s Net Worth, Career, Husband and Children

Griggs, 23, appeared in a couple of other projects, continuously improving her acting skills. In 2007, she gained tons of applause from her act as Tanisha in the series, Cory in the House. However, after that, she took some break from making her appearance on the screen.

She made a comeback in 2018. She showed up in a comedy movie named Public Disturbance as Alison Black. Gradually, her efforts were appreciated by everyone around her, and she was offered the role of Shurrie Diggs in the show Wu-Tang: An American Saga in 2019. Her work in that series was magnificent.

As of 2020, she portrayed the role of Luna in the TV series Boomerang. Further, she will be seen in another project in this year named Archenemy, playing the character Indigo.

Besides acting, the beautiful lady is also busy with many other things. She runs a fashion blog, The Outfitt. Further, she is the co-host of NUFD, as noted by Everipedia. She is also a delightful singer. Subsequently, she’s active on YouTube, where she posts several cosmetics schedules, hair tips, and different video blogs.

Is She Dating Someone? Does She Have a Boyfriend?

It’s natural for Zolee Griggs’s fans to have an interest in her love-life. Unfortunately, she’s quite shy to share her love-life as of now.

There aren’t any details accessible in the media that would reveal her relationship status. Therefore, at this moment, it’s safe to say she doesn’t have a boyfriend and is single.

How old is Zolee Griggs?

She gained massive success from the series Cory in the House and Wu-Tang: An American Saga.