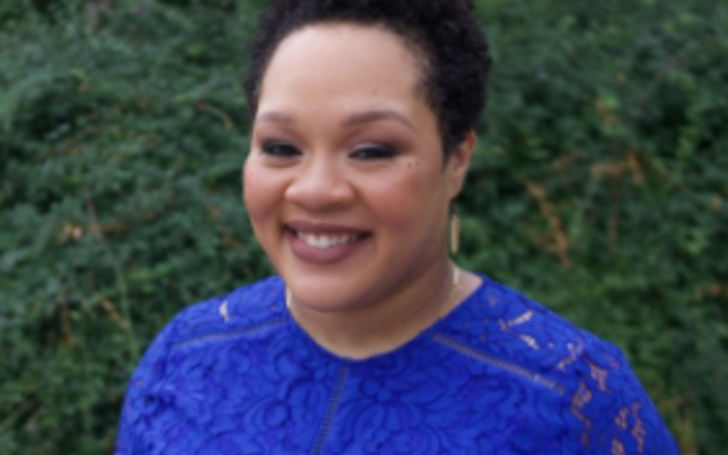 Yamiche Alcindor is a professional American journalist who works as a White House correspondent of Public Broadcasting Service (PBS) News Hour. In other words, she is widely popular as a political contributor to MSNBC and NBC News. Beyond her current works, her contribution in the past helped her gain wide recognition in media. She set a record when she covered the presidential campaigns of Bernie Sanders and Donald Trump. To know everything about Yamiche and her lifestyle, keep scrolling till the end.

Yamiche Alcindor is happily married to a fellow American journalist Nathaniel Cline. The lovebirds walked won the aisle on 3 March 2018. Yamiche updated her life’s most beautiful moment with her friends and fans three days later, on 6 March 2018, via Twitter.

The most beautiful pair on media, Yamiche and Nathaniel, started dating each other in 2014. But regarding how and where they met is still unknown. But, after kindling romance for two more years, they got engaged in 2016. Nevertheless, the duo is not expecting their first child anytime soon.

Either of the pair is more than excited to have a life partner who belongs to the same profession. On top of that, they will have fewer signs of disputes because they both are TV personalities. This is definitely the first love for both, and their relationship seems to last long.

How Much Is Yamiche Alcindor’s Net worth?

Alcindor made her television debut as a Newsday reporter, a newspaper in Melville, New York, for two years. In 2011, she became a multimedia reporter for USA Today based in New York City. In 2013, she was named Emerging Journalist of the Year” by the National Association of Black Journalists.

In the same year, she contributed to NBC News and MSNBC as a guest. She has attended some events, including The Rachel Maddow Show, Politics Nation with Al Sharpton, Hardball with Chris Matthews, and Meet the Press and Morning Joe.

In the same vein, Yamiche quit USA Today to work for The News York Times as a national political reporter, where she served for two years. In 2016, she garnered a Shorty Award in the Journalist category. The following year, she won an award in a tribute to Gwen Ifill, who died in November 2016 at Syracuse University’s Toner Prize Ceremony.

Alcindor was named White House Correspondent of the PBS NewsHour in January 2018. During the time, she replaced John yang, the News Hour’s national correspondent. At that time, she covered the Trump presidency.

However, she didn’t lag, performing her best at work effortlessly. She was re-honored as PBS News Hour White House Correspondent by the National Association of Black Journalists on October 31, 2020.

The PBS News correspondent Alcindor was born “Yamiche Leone Alcindor” on November 1 1986, in Miami, Florida. The name Yamiche is of Akan origin, and it means God’s gift. Haitian parents brought up Alcindor. Speaking of education, the 5 feet 2 inches tall graduated from Georgetown University in 2009.