Skip to content
Home » Entertainment » What is Dick Strawbridge’s Net Worth? How Rich is the British Television Personality?

What is Dick Strawbridge’s Net Worth? How Rich is the British Television Personality? 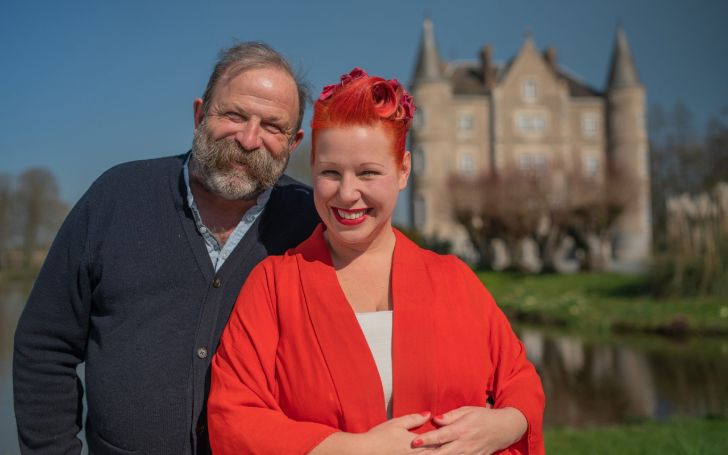 Lieutenant-Colonel Richard Francis Strawbridge (nicknamed Dick Strawbridge) is a British engineer, television presenter, and environmentalist. Colonel Dick rose to prominence as a television host, featuring on a variety of shows over the years, including It’s Not Easy Being Green and Planet Mechanics.

Dick Strawbridge was born in Myanmar on September 3, 1959, and grew up and received his education in County Antrim, Northern Ireland. He is frequently referred to as “Colonel Dick”. The third of seven children of Jennifer and George Strawbridge, who worked in the oil industry in the Middle East and the Far East.

From 1971 to 1976, he attended Ballyclare High School. Strawbridge enrolled at a sixth form college in Nottinghamshire before attending Sandhurst to pursue his dream of becoming an army officer after finishing his O levels.

Strawbridge married Brigit Weiner in 1982, and the couple had two children. They divorced in 2010, and Dick remarried in 2015 to Angel Adoree. They have two children together as well.

What is Dick Strawbridge’s Net Worth? He is a Millionaire

Dick Strawbridge is a British engineer, former army officer, and TV presenter. He has a net worth of approximately $3 million. Though we don’t know the exact details of their finances, Dick and his wife Angel sold their two-bedroom flat in London for an estimated £300,000.

After selling this property, they moved to France’s Pays de la Loire region, where they purchased a new home with 47 rooms, five floors, a private forest, and a moat. According to The Sun, Dick Strawbridge and Angel Adoree paid £280,000 for their chateau in 2015, which is roughly $388,314.18, or nearly half a million dollars.

Although Dick is perhaps best known for his work on Escape to the Chateau, his resume is chock-full of TV credits, and he has long been a familiar face on our screens.

He first appeared on the Channel 4 show Scrapheap Challenge as an engineering and environmental specialist. Dick was convinced to audition for the famous 1998 game show by his relatives. He landed the job thanks to his leadership ability, technical expertise, and having the biggest mustache producers had ever seen, and he appeared in all ten episodes.

In 2006, he appeared on BBC Two’s It’s Not Easy Being Green with his son James, daughter Charlotte, and then-wife Brigit. The family attempted to be self-sufficient in resources and food when taking on a 300-year-old farmhouse in Cornwall on the show.

Dick reunited with his son James for two more shows, The Hungry Sailors and Saturday Farm. Dick’s other TV appearances include Coast, Crafty Tricks of War on BBC Two, and Geronimo!, which he co-hosted with Fearne Cotton.

Also See: How rich is Sam Darnold? What is his Net Worth?

Dick participated in Celebrity Masterchef in the summer of 2010 and was a finalist in the series, but actress and host Lisa Faulkner won the award.

Dick collaborated with master craftsman Will Hardie in 2017 for Channel 4’s Cabins in the Wild, a series that followed a competition to create a portable pop-up hotel in the wild composed of eight exclusive themed cabins.