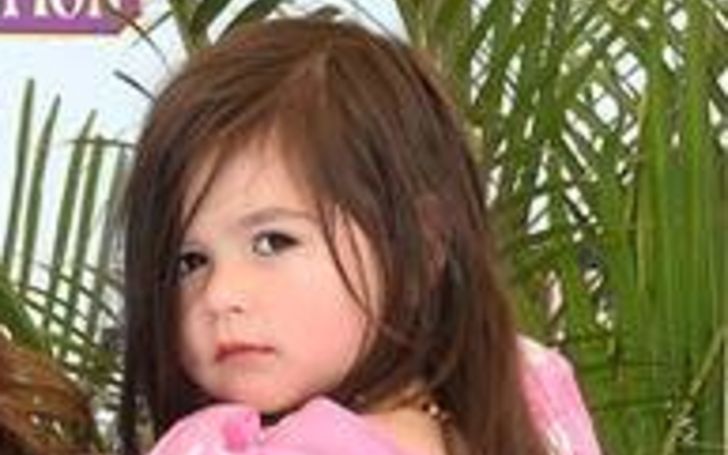 At just five years old, Violet Moon Howey is at the center of media attention, not because of her work but because of her parents. That’s right; she is a celebrity child and is the daughter of prominent US figures. It has been a common trend among the people who want to learn more about celebrities’ family. So, let’s find out who her parents are and more about her life!

Violet Moon Howey is the only daughter of American celebrity couple Sarah Shahi and Steve Howey. Her father and mother are actor and actress and is a famous personality in the US.

The Person of Interest actress and the Shameless actor got married on February 07, 2009, in the gathering of their family and close ones in Las Vegas. However, before Violet, her older brother William Wolf Howey was born as the pair’s first child. William was born only five months after her parent’s wedding in July 2009.

While filming Person of Interest in the fall of 2014, Sarah discovered she was pregnant and announced it to the public. Several months later, on March 01, 2015, she gave birth to twins, Violet and her brother Knox Blue Howey. The actress gave birth to both her kids at home in Los Angeles.

The celebrity kid is undoubtedly living a happy life with her family. She is occasionally seen at events and premieres with her parents. Because of her parent’s fame, they rarely post pictures with Violet and her siblings on their Instagram.

A few days ago, her mother Sarah posted a picture of cuddling her children and wrote that giving birth to them is the greatest honor and privilege of her life.

As you can assume, Violet Moon Howey is more than a child and so possessing a net worth is out of the question. Nonetheless, her mom and dad is a popular actor and actress of the US.

Violet’s mother, Sarah Shahi, who is also a former professional cheerleader, has a net worth of $3 million. In addition to that, her old man is a television and film actor famous for his works like DOA: Dead or Alive, Supercross, and Shameless. He possesses a net worth of $2 million, as of 2020.

As for their assets, the couple owns a beautiful house in Los Angeles, California. Although the cost of the house has never been disclosed, it should be worth around a million bucks.

If you want to read more articles like this, be sure to visit the website Feature Biogtaphy!