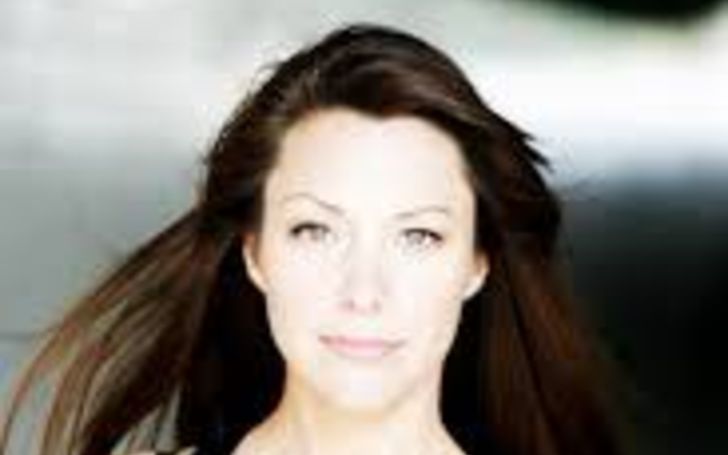 Jodie Dowdall is a Canadian actress and producer who is popular among the viewers for his on-screen works such as Earth: Final Conflict, Dead of Winter, and Dead Dreams. As someone who keeps a low-profile lifestyle, many desire to learn more about the talented lady’s personal life. Therefore, this article will give you all the information we gathered about her!

Who is Jodie Dowdall’s Husband? Does She Have Any Children?

At the moment, Jodie Dowdall is living a blissful married life with her husband, Damon Runyan. Like herself, Damon is a famous Canadian actor known for Gangland Undercover, Star Trek: Discovery, and Degrassi: The Next Generation.

Although the lovely duo has been in matrimony for many years now, they have been keeping the details of their marriage to themselves. In June 2016, her partner Damon uploaded a picture of he and his wife dancing holding each other in front of their close ones. The photo was captioned with, “Blessed by this love.”

On March 01, 2017, Jodie gave birth to daughter Ruby Runyan. Damon shared the joyful news on his Instagram. Ruby is the pair’s only child.

The married couple lives a happy life with their child and pet dog, Baci, in Canada. She occasionally posts pictures and videos of her lifestyle on her Instagram.

Jodie Dowdall Once Played in the Same Movie With Her Husband

Interestingly enough, Jodie Dowdall and her spouse Damon Runyan once acted in a movie. The two took the role of both store and co-producers in the short Canadian film Cassidy in 2012.

The pair, moreover, played husband and wife in the movie as well, which is what they have been playing before the making of it. Her partner won the Best Actor Award for his performance in the short-film. Talking about the film, in an interview in 2015, Damon said the goodbye scene in the movie was a really hard thing to do.

Jodie Dowdall’s Net Worth And Works

As for their assets, the celebrity couple owns a beautiful residence in Canada. Their 2500 Sq. Foot Victorian-style house has two fireplaces, loft bedroom, sap, etc. Jodie and her family can live cozily at their beautiful home.

As for her acting credits, the female producer played a significant role in the Dead of Winter (2014). The Canadian television movie starred other actors like Dave Barclay, John Boylan, John Carew, Allison Dawn Doiron, and Morgan Kelly.

Check out the trailer of Jodie Dowdall starred short movie Dead of Winter (2014)!

In the 2017 Hallmark Channel released movie The Christmas Cure, she portrayed the character of Bonnie. Likewise, she worked alongside Canadian actors Brooke Nevin, Steve Byers, Patrick Duffy, Kathleen Laskey, and many others.

If you want to read many other celebrity articles like this, go to Featured Biography!