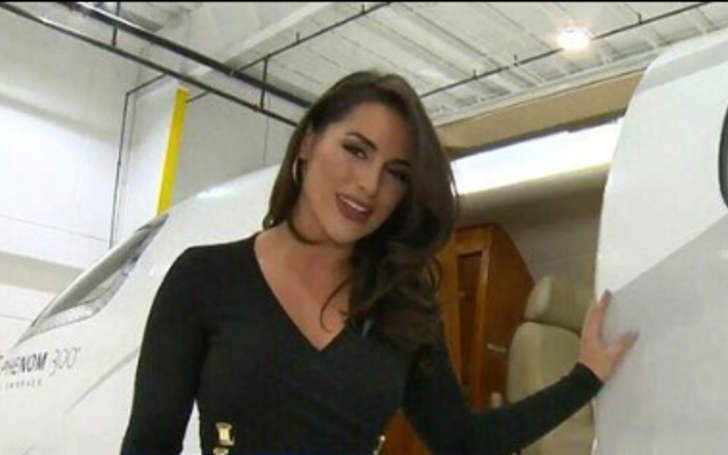 Vanessa Borge is an Emmy award-winning journalist and news anchor from the United States. She is best known as a morning anchor on Today in Florida at WSVN in Miami, Florida. Vanessa presented Good Day LA in Los Angeles, California, for disasters, sports championships, red carpets, and endless Hollywood headlines.

Vanessa Borge is not yet married. But it doesn’t mean she is single. The glamorous TV news anchor has been dating Chris Paul Borgo since 2015. The lovebirds made their relationship official in August of 2016. Vanessa’s partner is a fitness enthusiast. He has worked with companies such as Vita Coco and Speedworx Athletics.

Speaking of lifestyle or whereabouts, She resides in Miami, Florida with her husband hopeful. Miss Borge is not pregnant and neither she has any children before. However, her Instagram wall hints that she loves being around babies, small kids. Borge prefers spending time with her niece and nephew in the meantime,

How Much Is News Anchor Vanessa Borge’s Net Worth?

Vanessa Borge has an estimated net worth of $1 million as of 2021. She earns a decent amount of income from her career as a TV news anchor. Borge earned name and fame for covering several events. The long black-haired produced, reported, as well as an anchor at CBS News in Miami, Florida, for nine years.

Borge furthermore emceed and hosted a number of events for multiple organizations, charities, and fundraisers including the Susan G. Komen Race for the Cure, The American Heart Association Gala, The Tunnel to Towers 5K, and The United States Conference on AIDS.

All in all, Vanessa’s experiences in the television industry have not only cultivated expertise in media relations, but also in social media curating, and mass marketing.

Keep coming back to Featuredbiography.com for more contents