Skip to content
Home » News » ‘The Voice’: Ariana Grande Mentioned Breaking Every Rule in Her Contract

‘The Voice’: Ariana Grande Mentioned Breaking Every Rule in Her Contract 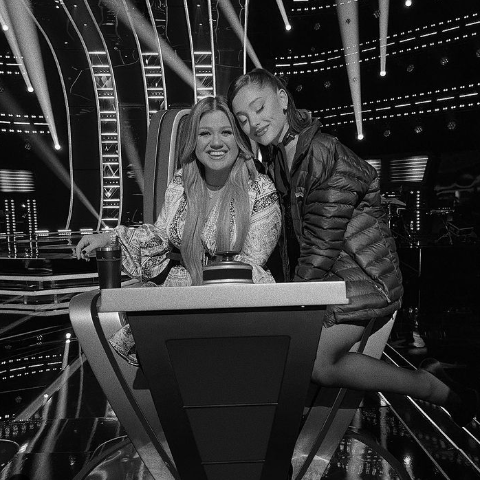 Ariana Grande is the newest coach on The Voice, but she immediately established herself as the reality show’s resident rule breaker.

On Monday, September 20, the pop diva visited fellow Voice coach Kelly Clarkson’s daytime talk show, The Kelly Clarkson Show, to discuss season 21 of the singing competition. Kelly is currently divorced and is thinking of remarrying. While raving about all of the candidates that make the work so much fun, she admits not paying attention to producer instructions.

“I absolutely love witnessing the talent on the show and getting to know and work with these artists,” she said. “It’s simply a really unique experience to be able to share some of what we’ve learned and been able to do in our lives with these artists who want to do the same thing.” It’s a once-in-a-lifetime opportunity to share that with others. It’s a fascinating position to be in.” Grande continued, “I’m crazy with my team.” I constantly communicate with them.”

The trouble is, she’s not supposed to do that according to the terms of her contract – not that Grande seemed concerned about breaking the show’s regulations. She said, “I’ve broken every rule in my contract.” “I chat to everyone all the time. I was like, DM them. They say, ‘You’re not meant to do that.’ And I’m like, ‘I’m sorry.'”

Kelly Clarkson stated that Grande is constantly “sending goodies to the hotel” for Team Ariana. While that may appear to be another contractual no-no, Clarkson explained that those niceties are simply instances of the “Positions” singer in real life. The talk show host thinks that The Voice will show viewers a different side of the “Thank U Next” singer.

“Backstage, I need my eye makeup redone,” Clarkson explained. “Like, she’s hilarious. She’s hilarious. Extremely quick-witted. I have no idea about this about you.” What many people may not know about Grande is that she is a major fan of The Voice.

It was announced in May that she would be taking Nick Jonas‘ place on the panel. “I have been a tremendous fan of the program for a long time,” she stated at the time in a statement. “I can’t wait to compete against the outstanding instructors, meet these new artists, and help them take their skill to the next level.”

While this is Grande’s first reality program, she is no stranger to television. From 2010 to 2013, she appeared on the Nickelodeon show Victorious before starring in her spin-off, Sam and Cat, from 2013 to 2014. She also hosted and performed on a Saturday Night Live episode in 2016. Season 21 of The Voice airs Mondays and Tuesdays at 8 p.m. ET on NBC.