Skip to content
Home » News » “The Masked Singer” Unmasked The Baby: Who is The Star Under the Mask

“The Masked Singer” Unmasked The Baby: Who is The Star Under the Mask 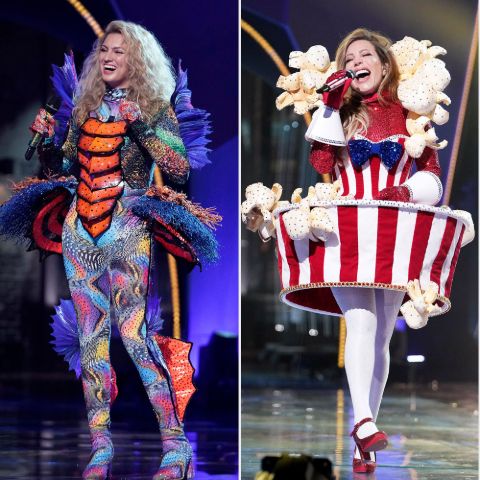 The sixth season of The Masked Singer premiered on September 22nd. Former NBA player Dwight Howard was revealed as the Octopus on the first episode of the new season. Vivica A. Fox, who played Mother Nature, was also eliminated during the two-night debut. Toni Braxton, as the Pufferfish, was the final unmasking of week one. Tyga was revealed to be the Dalmatian during week two.

Due to Cannon’s absence from the first four episodes due to a positive COVID-19 test, Niecy Nash stepped in. According to people, Cannon made a triumphant return as the show’s wildcard, the Bulldog, in the fifth episode. He performed New Edition’s “Candy Girl.” Mark McGrath, the lead singer of Sugar Ray, was discovered to be the Orca. Bobby Brown, an R&B legend, was discovered to be the Crab.

The Seashell was revealed to be Tamera Mowry. Tyrese Gibson was ultimately identified as the Robopine after weeks of deceiving clues. Hanson, the ’90s boy-band royalty, was revealed as the Russian Dolls. In week ten, Omarion was discovered to be the Yeti. Cluedle-Doo, a chicken who danced about and gave the audience clues, was one of the new additions from the previous season. He was revealed to be panelist Jenny McCarthy‘s spouse Donnie Wahlberg during week ten.

We had Wiz Khalifa as the Chameleon in third place for Season 5. JoJo was revealed as the Black Swan in second place. And the winner of Season 5 was none other than Piglet, played by Nick Lachey. Busta Rhymes as the Dragon was the first celebrity to be revealed in season four. Mickey Rourke disguised himself as the Gremlin before being voted off in a rather bizarre season four twist.

Brian Austin Green was revealed to be the Giraffe. Wendy Williams was revealed to be the Lips. Bob Saget, America’s favorite dad, was hiding beneath the Squiggly Monster’s disguise. The Baby Alien, who required a great deal of puppeteering to operate, was Mark Sanchez. Clint Black and Lisa Hartman Black, the show’s first-ever duo costume, were revealed to be husband and wife Clint and Lisa. NBA player Lonzo Ball plays the Whatchamacallit.