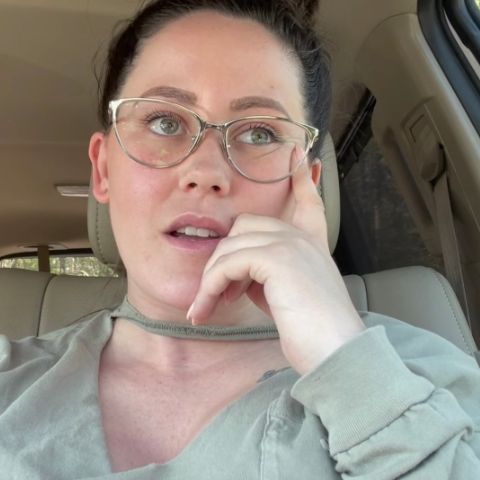 The former Teen Mom 2 actress, Jenelle Evans, has denied reports of a Brazilian butt-lift. Evans and her husband, David Eason, both addressed the rumors on social media. Evans’ improved physique sparked speculation after she posted a TikTok video of herself twerking. Evans was previously in a relationship with Kieffer Delp.

On September 30, Evans posted a video of herself dancing to Trace Adkins‘ “Honky Tonk Badonkadonk” in a white tank top and cutoff jean shorts. “Can you blame me?” the 29-year-old captioned the video, which also included the hashtag “#GotItFromMyMomma.” Many people raced to the video’s comment section to refute Evans’ booty as natural.

Referring to Dr. Michael Salzhauer, a well-known plastic surgeon, one TikTok user said, “But mama didn’t give it to you…@therealdrmiami did.” Evans was irritated and posted a follow-up video in which she denied having a BBL. The artist has a net worth of  $2 million.

“So, what was I looking for when I went to Dr. Miami in Florida?” In the video, Evans asks Eason a question. “Your chin,” Eason replied. “Yeah? Right, okay,” “[Because] someone said your mama didn’t give it to you, Dr. Miami did.”

Eason retorted, “You can ask him yourself; he would say ‘no.'” He also declined to work on your chin, claiming that it was unnecessary.” Evans added, “We didn’t even go there about my a—.” “Plus, as everyone knows, I already had my boobs done.”

The actress has been forthcoming about the cosmetic procedures she has undergone. In 2012, she underwent breast implants, and in 2016, she had lip fillers. She’s also been open about her dissatisfaction with the appearance of her chin. In 2016, she told Us Weekly, “I’ve simply been incredibly insecure about my chin for a long time.” “I just thought it was incredibly pointed, and my face has been developing as I’ve gotten older.”

Evans isn’t the only Teen Mom star to have undergone surgery. Kailyn Lowry, Jade Cline, and Briana De Jesus have all documented their plastic surgery experiences on social media or the show.