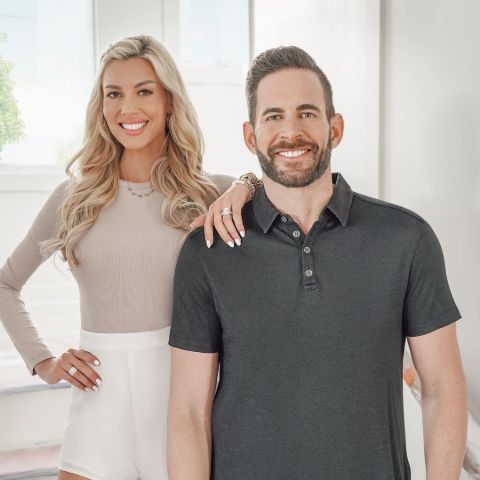 Tarek El Moussa and Heather Rae Young have decided to go ahead with their proposal of a televised wedding, and their fans will be overjoyed. The couple has agreed to live stream their wedding day in the form of a Discovery+ special named Tarek and Heather: The Big I Do, according to Entertainment Tonight. The special will air in December and will chronicle the events leading up to the wedding and the big day itself.

The American actress told ET, “It wasn’t an easy decision to make a wedding special because weddings are so lovely, intimate, and private. So we debated for months before deciding. It was a no for a long time.“

According to the Selling Sunset actress, Tarek’s children — whom he shares with ex Christina Haack — were a massive part of what pushed the couple to reconsider. “As things started to happen, like Brayden’s tux fitting and Taylor’s dress shopping,” she remembered. “How cute would that be to film?” we wondered.

Brayden and Taylor, in particular, play significant roles in the wedding. According to Entertainment Tonight, Taylor has three primary responsibilities: “the head bridesmaid, the head maid of honor, and the flower girl,” according to Entertainment Tonight. “Yeah, we don’t mess with Taylor. Taylor’s the boss,” El Moussa added. . Brayden, 6, is the “ring bearer” for the ceremony, and Young admits that he is “a little apprehensive about him holding the ring.”

Young went on to say that comments from individuals who “think our love is cheesy or maybe it’s not real” influenced her and El Moussa’s choice to film their wedding day. “We want everyone to be able to witness our love story and our wedding, as well as be invited into our lives. But it was a significant decision because our lives are so public.” she stated, “Do we want to keep this moment private or share it with the world?’ we were just debating. So, I’m hoping the rest of the world is pleased that we’re filming it.”

The pair had previously planned a destination wedding, but El Moussa recently told PEOPLE that they had to reschedule their plans because of Covid-19 difficulties. “We had planned to marry in Cabo [san Lucas], Mexico, because we adore the country. We loved the hotel and everything about it… [but] we had friends and relatives who were anxious about flying, and we were concerned about our parents’ health “He was willing to share. “As a result of all of those reasons, we chose to have one in California.”