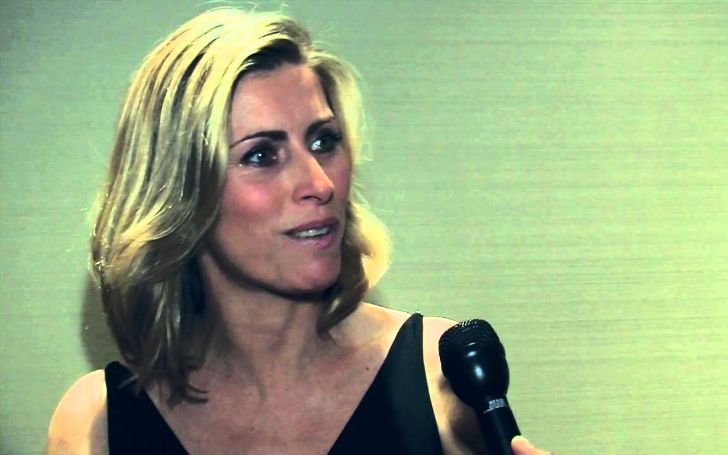 Tanya Simon remains the perfect example of an empowered woman who paved her path to the top in the journalism industry. The sole aim of the media world should be service, and despite all the pressure and responsibility, she manages to handle everything with ease and create a name for herself. The diva enjoyed a great promotion when she got the job of the executive editor of ’60 Minutes’ in April 2019. With over two decades of experience and expertise, Simon rose to global fame and amassed a staggering net worth of $1 million as of 2020. So, today we take you close to the personal life, net worth, and career details of the charismatic journalist cum producer.

Tanya Simon’s Whopping Net Worth Makes Her a Millionaire

Talking about the financial side of Tanya Simon, she has nothing to worry about considering her years of experience in the production sector. Specifically, Simon amasses a whopping net worth of $1 million as of 2020. Thus, with such a substantial income and bank balance, she affords a lavishing lifestyle with all sorts of modern-day amenities surrounding her.

The primary source of Tanya Simon’s soaring net worth is undoubtedly her career as a producer in some top media houses and shows, including ’60 Minutes.’ According to estimates, Simon earns around $90,982 per year, which happens to be the average salary of an executive producer in the United States.

Talking about the career details of Tanya Simon, she has been a household name to CBS’s ’60 Minutes’ for over twenty years now. Although, you couldn’t see her in front of the cameras as she holds expertise in behind the camera works, i.e., production. The diva joined the CBS network way back in 1999, and ever since, she burnt the midnight oil to push the ranks to the very top.

Tanya Simon previously joined ’60 Minutes’ as an associate producer in 1999 and continued serving the responsibility until 2006. Similarly, she got the promotion to become the producer in the television show from 2006 until 2015. After that, she became the executive producer until March 2019, when she received the executive editor’s promotion.

Relatable: Grab the net worth, personal life, and career details of Sharyn Alfonsi.

Talking about her recent responsibilities, she oversaw digital content and the production of ’60 Minutes Sports.’ Besides, she also produced former correspondent Ed Bradley‘s memorable segments, including the Duke Lacrosse Rape Case. Moreover, she produced the first major television interview with WikiLeaks founder Julian Assange, an Emmy-winning first interview with hero pilot Captain Chesley Sullenberger. Surprisingly, she started her career at CBS News as a researcher for ’48 Hours’ in 1996.

While people might be aware of Tanya Simon’s professional life, they remain curious on what’s going with her personal and romantic side. Talking about her love life, Simon is a married woman. However, she never disclosed the name of her husband to the present date. Besides, she is also a mother of two sons.

Not just her romantic side, Tanya Simon is also secretive about her childhood and family background. As per her academics, she graduated with a B.A degree from Columbia University. She lives in her flashy house in New York City.

Also See: Get to know the net worth sources of journalist Brian Applegate.