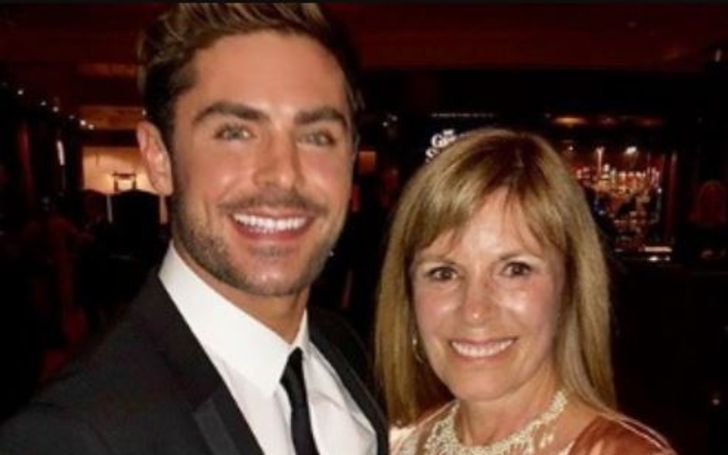 You might not know much from the name Starla Baskett, but you will definitely know her from hearing who she’s associate with. She’s the proud mother of Zac Efron. Her son is a famous American actor and singer who got popular for the character Troy Bolton in the musical romantic comedy-drama High School Musical. He’s also known for his other movies like The Lucky One, New Year’s Eve, Neighbors, The Extremely Wicked, Shockingly Evil, and Vile. Today we’ll be talking more about his mother, Starla Baskett.

What Is Starla Baskett Net Worth?

When it comes to net worth and finances, Starla Baskett stands at a comfortable position with her total riches worth $500,000. The amount is only speculated she’s yet to make her personal details public. Her net worth has been accumulated from her profession as an entrepreneur who’s worked in the industry for nearly five decades. She lives a lavish lifestyle filled with all sorts of modern luxuries in her California house.

As for her son, Zach Efron, according to Celebrity Net Worth, he stands at a staggering bank balance of $25 million as of 2020. He’s earned all of his income through his successful movie credits, brand endorsements, and sponsorships. Not only that, but he also has his own YouTube channel featuring various activities like outdoor fitness, diet, and many more, along with a production company under Warne Bros, Ninjas Runnin Wild.

Recommended: Here’s The Net Worth Details of Brain Trainer Jim Kwik Net Worth

The production company was known to be affiliated with Efron’s hit movies like Dirty Grandpa, That Awkward Moment, and Extremely Wicked, Shockingly Evil, and Vile. Currently, it is also operated by his brother Dylan Efron.

Starla Baskett married the love of her life,David Efron, a long time ago. Her husband was an engineer at a power station, and they share two kids, Zac Efron, born on October 18, 1987, and Dylan Efron, born on February 06, 1992. Both of the boys are a known figure in the media, Zac being an actor and Dylan being a YouTuber.

Baskett is no longer together with her husband as they separated back in 2015 due to undisclosed family reasons. Since then, there is no news if any of them are in a relationship. The family used to live in Arroyo Grande, California, before their separation.

Starla Baskett was born on January 14, 1949, in the United States of America. Her father’s name is Robert Harold Baskett, and her mother’s name is June Helene Glidden. Growing up, she shared two sibling sisters Maisie Baskett and Tana Baskett. The family practiced Judaism as a religion as they are from a Jewish background.

The celebrity mother practiced her profession in entrepreneurship, although she graduated with a degree in Arts. She’s also known to have worked in a nuclear power facility. Besides these information, there aren’t any more details on her due to privacy issues.