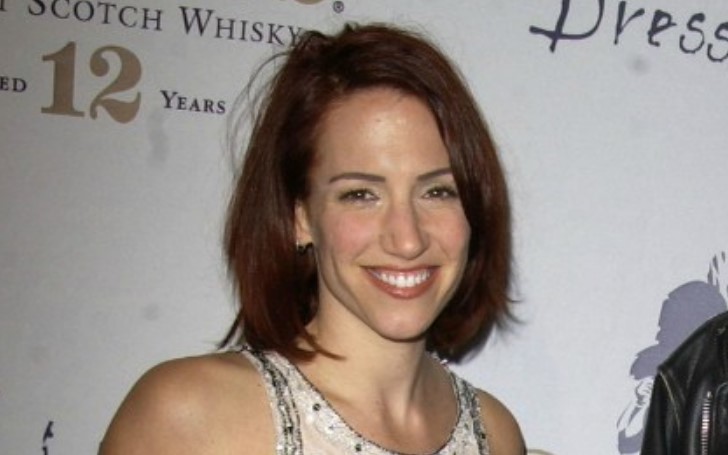 Sascha Ferguson is an actress best known for her appearance in the Big Tease 1999 show. Other than that, she gained stardom because of her marriage and divorce to actor and comedian Craig Ferguson. It is clear Sascha Ferguson had been Ferguson’s ex-partner, but what about her profession, net worth, and relationship status. Let’s discuss it in detail.

What Is Sascha Ferguson’s relationship status?

Sascha Ferguson was previously married to an actor and comedian Craig Ferguson. The pair walked down the aisle on July 18, 1998. Amidst her relationship with Craig, she lived in Los Angeles. That’s not all; Sascha accompanied her husband at different events and ceremonies.

In the lifetime voyage, Fergusons became parents to a child; They welcomed a son Milo Hamish Ferguson in 2001. With a new addition of a family member, the pair looked much excited, but the relationship between the two turned sour later.

Sascha announced her divorce with Craig in September 2004 after six years of marriage. Their only child Milo was just three at that time. So, realizing how a child needs both his parents to have a normal childhood, Sascha and Craig agreed to joint custody of their only child.

As a result, following the divorce, Milo preferred living with his mom with his dad having frequent visits and spend quality time as much as possible. Milo Ferguson has recently graduated from the School of Visual Arts in New York.

What Does Sascha Ferguson Do For Living?

Well, the majority of fans have been wondering what does Craig Ferguson’s ex-partner does for a living. Sascha Ferguson boosted her living standard working as the CEO of a gym Absolute Workout Complex in Los Angeles. The gym is mainly based on pilates classes though it does include various circus arts, self-defense, rock climbing, and dance classes.

All in all, Craig’s ex-wife earned name and fame as an actress who starred in the 1999 comedy movie ‘The Big Tease’ opposite her husband, Craig Ferguson. Moreover, Sascha hasn’t revealed what she did before her relationship with Craig Ferguson. Craig Ferguson has an estimated net worth of $30 million and receives a payroll of $8.5 million.

Sascha Ferguson was born Sascha Gabriella Corwin on 15 November 1970. As per some sources, the blonde beauty attended The American School of Paris, an international school in Saint Cloud, France. She furthermore enrolled at Syracuse University of New York. From there, she earned a bachelor’s degree in business relations.