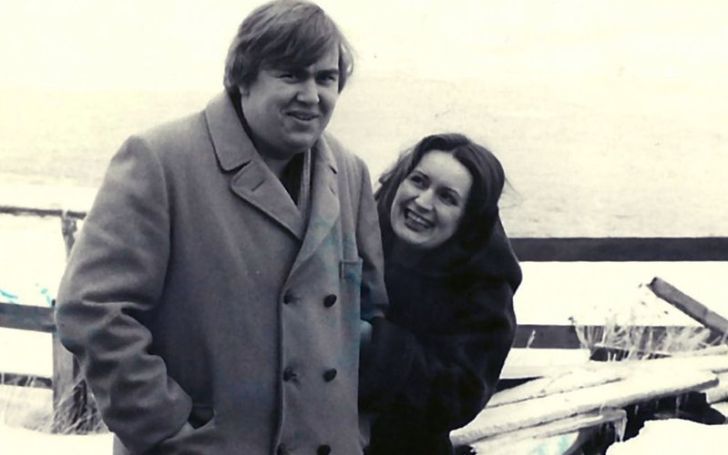 For the longest of time, people have known Rosemary Margaret Hobor as the wife of famous Canadian actor John Candy. Her husband is was mainly known for his appearance in comedy movies like Stripes, Splash, Cool Runnings, Spaceballs, Uncle Buck, Summer Rental, The Great Outdoors, and many more. He married the love of his life Rosemary Margaret Hobor back in 1979. Sadly he’s no more with us after his death on March 04, 1994, due to a presumed heart attack. Today we’re going to be talking about his wife of more than a decade Rosemary Margaret Hobor.

By profession, Rosemary Margaret Hobor is a talented abstract painter and ceramicist. Even though her arts and artifacts are not known to the public, she’s encased a comfortable amount of net worth collection for herself over the years. The lady’s made a handsome sum of $1 million as her net earnings.

Not only that, since the sudden death of Hobor’s husband, she’s also probably benefitted from the property of the late Canadian actor and comedian. According to Celebrity Net Worth, John Franklin Candy had successfully made a staggering bank balance of $15 million before his death in 1994.

You may also like: All to Know About Narvel Blackstock’s ex-wife Elisa Gayle Ritter.

Besides the celebrity wife’s interest in art, she’s also an active contributor to philanthropy works with charitable foundations. She’s known to work with Elizabeth Glaser Pediatric AIDS Foundation that works to prevent HIV amongst children and youths, spreading knowledge about it.

Rosemary Margaret Hobor grew up in the beautiful city of Canada, Toronto, and attended the all-girls institution Notre Dame High School (NDHS), a Roman Catholic secondary school. It was, after all, in Toronto where she met her future husband, John Candy. After a short period of knowing each other, the couple decided to tie the knot in 1979 in a lavish wedding ceremony attended by close people like families and friends.

At that time, John had already made an impactful career in the Hollywood industry, working in movies like Class of ’44, Tunnel Vision, The Clown Murders, The Silent Partner, Find The Lady, and many more. Through out the couple’s 14-years together, they share two lovely children Jennifer Candy and Christopher Candy, both grown-ups.

Rosemary Margaret Hobor’s husband John Candy had a history of problems related to the heart. In fact, his father, Sidney James Candy, died due to heart disease complications at the young age of 35 in 1955. Years later, his son was also found in a similar situation with a heart attack at the age of 43. His health wasn’t something he was proud of as he was actively struggling with obesity.

The Planes, Trains, and Automobiles actor suffered from binge eating attacks and weighed 300 pounds before his death. He was already suffering from heart attack risk but still underwent the use of alcohol, cigarettes, and cocaine at times.