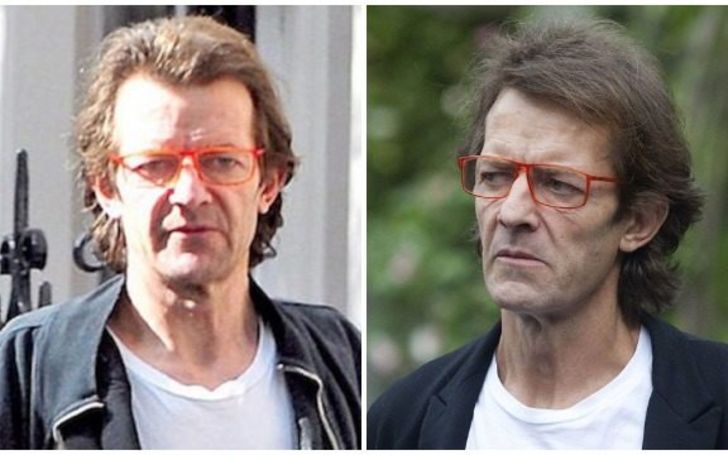 If you are into the showbiz industry, then you must be familiar with the charming English actress Rosamund Pike. The actress gave us some great performances like ‘Fracture,’ ‘Skylight,’ and ‘Die Another Day.’ Thanks to her wide fan-following, her beloved boyfriend Robie Uniacke also rose to the global scene. Despite the fact that his popularity owes big credit to his romantic affiliation with the 41-year-old actress, Robie isn’t any less of a man. So, without wasting much time, let us delve into the married life, net worth, and career of the celebrity boyfriend.

Robie Uniacke is a Two-Time Divorcee

When it comes to his personal life, especially in terms of love life, Robie Uniacke‘s journey was completely dramatic. Initially, when the mathematician was just 22, he tied the knot with Emma Howard in 1983. Surprisingly, his first wife was eight years older than him. Over time, the two started a family together as they welcomed a son, Robie Jonjo Uniacke. Although they were thrilled with a new member of their family, the happiness was shortlived as several cracks formed in their married life. Thus, just five years after their marriage, Robie and Emma parted ways with a divorce. Not only that, they even went through rehabilitation after going through heroin addiction.

Following a break-up, Robie was back in the dating game. Consequently, he went out with interior designer, Rose Batstone and exchanged vows shortly after. While they were together, they welcomed three adorable children named Florence Uniacke, Hector Uniacke, and Olive Uniacke. Surprisingly, the youngest daughter happens to be a close friend of the face of Harry Potter, Daniel Radcliffe.

However, despite a large family, things didn’t work out between Uniacke and his second wife. And, thus, the relationship ended up in a divorce as well. Not much is revealed regarding the contract of separation and how they divided their responsibilities.

Robie Uniacke in a Relationship with Rosamund Pike

After a series of divorces, Robie Uniacke hoped to be lucky in his search for love. Luckily, he crossed paths with popular actress Rosamund Pike. The two felt a special connection as soon as they met, and thus they started dating from 2009. The two are still together and happy, but it’s strange how they haven’t tied the knot after almost a decade of being in a relationship.

Marriage might not be the best way to judge a relationship. Robie Uniacke might not have tied the knot with Pike, but he did have children with her. The lovebirds welcomed their first son, Solo Uniacke, on May 6, 2012. Likewise, the duo became parents again on December 2, 2014, to another son Atom Uniacke.

Interestingly, we got to know how Rosamund’s beau is a Sinophile. He often talks to his children in Chinese. Not just that, his eldest son could even translate most of the language when they visited Beijing, even at the age of four. Together for more than a decade now, only time will tell if Rosamund and Robie will ever get married.

Rosamund Pike’s partner Robie Uniacke has been a victim of several scandals to the current date. Initially, he used to be a drug addict as he often visited the rehabilitation center to let go of it. Sadly, that was one of the primary reasons why things didn’t work out with his first wife.

Just a couple of years earlier, in 2019, his company banned him from his position for four years. Surprisingly, it was because he failed to pay $250,000 to the taxman, which was a huge crime. Amidst all that, the celebrity husband suffered from several financial issues as he was disqualified as the company director. Later, he admitted several offenses during the investigation of the collapse of his workplace, Pale Fire Limited.

You May Like: The Net Worth and Married Life of Kofi Kingston’s wife Kori Campfield.

If that wasn’t enough, Robie didn’t pay to the HMRC since July 2012, even though he received £260,508 in the years after. Furthermore, he used most of the money for his personal use, like mobile phones and bank charges.

The three-time divorcee was involved in the corporate sector for most of his career. But, everything broke apart in 2018, when his own company banned him. As a mathematical researcher, Uniacke fell into several past financial troubles, but not much is known about his current status. Thus, as per the estimates, he owns a staggering six-digit net worth of $500,000.

On the contrary stands Robie’s celebrity partner, Rosamund Pike, who is a multi-millionaire. Over the years, she played in many films like ‘Radioactive,’ ‘The Informer,’ and ‘A United Kingdom.’ Therefore, with all the big-screen involvements, she amasses a staggering net worth of $9 million as of 2020.