Riley Keough is an actress and model who is best known for her role in The Girlfriend Experience", "Mad Max Fury Road," "The Lodge," and "Logan Lucky." In other words, she is a celebrity kid who was born with a silver spoon in her mouth. . 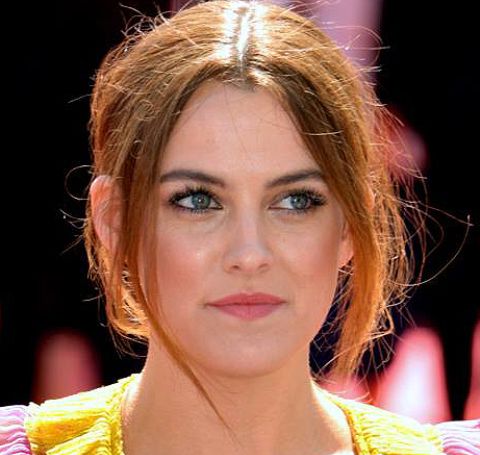 Riley Keough is a married woman. She has been blissfully married to Ben Smith Peterson. The lovebirds walked down the aisle on February 4, 2015, after dating for several years. Today, they have successfully crossed over five years as life partners, and they are still going strong.

Riley and her loving husband have starred in some movie Mad Max: Fury Road, in wh ch he played a stunt performer and acted as the Chanting War Boy. Riley met Ben-Smith in 2012 during the six-month-long shooting in the desert for Mad Max Fury Road, the fourth installment of the series.

As the affair between the two was brief, they began dating again. Within the two weeks, starlet knew Ben-Smith was the one she wished to spend her whole life with. So after dating two years, they shared vows on August 14, 2014. She announced the news via Instagram the next day featuring her ring.

Does Rile Keough Have Children?

When it comes to family or parenting, Keough doesn’t have any children. Specifically, she is still more focused on building her career than staying home looking after her kids. Neither has she ever talked about this matter in public or on social media.

During an interview, Riley mentioned she’s torn on whether to conceive a child or to adopt. She and her partner often joke about having a dog “baby” together. They share a French Bulldog named Grubs.

Riley Keough has an estimated net worth of $5 million as of 2020. Needless to say, she bags a huge amount from her career as an actress and model. Some of her highest-grossing movies include The Girlfriend Experience”, “Mad Max Fury Road,” “The Lodge” and “Logan Lucky.”

Keough completed training on March 23, 2021, to become death Doula 8 months after brother Benjamin Keough’s suicide. Indeed, she is looking forward to helping others deal with grief. Benjamin Keough passed away in July at the age of 27.

Riley announced she’d finished death Doula training on The Art of Death Midwifery training course by sacred crossings. Death Doulas help those people who are dying and their loved ones navigate the process. Keough and her brother Benjamin are the children of Lisa Marie Presley and musician Danny Keough. Their maternal grandparents are Priscilla Presley and Elvis Presley.

Speaking of her acting credits, she’s starred in the latest movies like the Lodge, Logan Lucky, The Girlfriend Experience, Under the Silver Lake, Mad Max: Fury Road and the Good Doctor,

Riley Keough was worn as Danielle Riley Keough on 29 May 1989 in Santa Monica, California, United States. She stands at a height of 5 ft 7 inches and weighs around 60 kg. She has alluring blue eyes and long blonde hair. She is the eldest child of her parents. She has siblings namely Benjamin Keough, Finley Aaron, Love Lockwood, Harper Vivienne Ann Lockwood.

The 31-year-old was raised by Hollywood star parents (musicians) Lisa Marie Presley and Danny Keough, which inspired her to pursue the same field, Riley and her mom inherited those genes from grandfather Elvis Presley. He is counted as one of the superstars of the film industry.