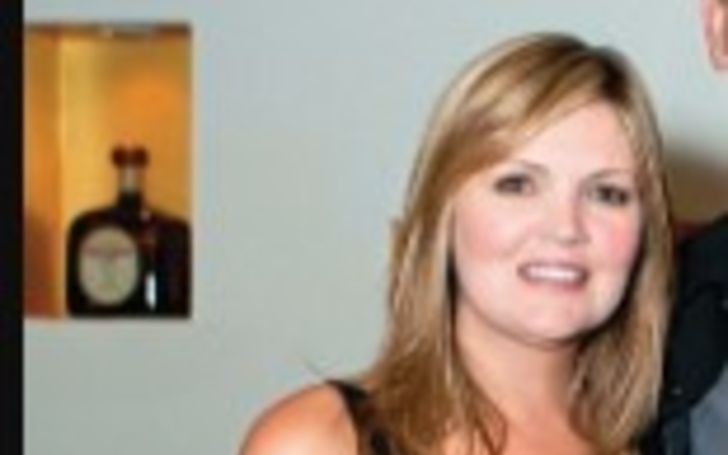 Rhonda Worthey is a former publicist for professional American football team Dallas Cowboys, who came to prominence due to her relationship with a celebrated American athlete. Although no longer together, people are still curious about her whereabouts. Let’s get the details about who that person is, along with several other things!

Rhonda Worthey was the former wife of American forme professional football player Troy Aikman. The two first met when she was working as a publicist for Dallas Cowboys while Aikman was playing for the club.

They began dating in late 1998. After being in romantic chemistry for 18 months, the two became hitched on April 08, 2000. The private wedding ceremony took place at the former Dallas Cowboys quarterback’s home in Plano, Texas.

The couple lived a seemingly happy life for many years before shocking announced their desire to part ways in January 2011. Aikman released a statement which read:

“This has been a difficult decision for Rhonda and me, but after ten years of marriage, we have decided to separate. We remain deeply committed to our children and respectfully ask that you honor our family s privacy during this period of adjustment.”

They officially divorced on April 12, 2011. From their almost eleven years of marriage, the duo shares two daughters, Jordan Ashley Aikman (Born on August 24, 2001) and Alexa Marie Aikman (Born on July 30, 2002). Worthey won the custody battle of her kids, and now they live with her.

The former publicist’s marriage with Troy was not the first one as she was previously in a marital relationship with someone else. For her relationship, she has a daughter Rachel Worthey.

What is The Relationship States After The Divorce

As for Rhoda, she is a non-celeb; therefore, after ending her bond with Troy, little has been learned about her relationship.

But as per her Facebook, we found out that she uses her former husband’s surname and calls herself as Rhoda Aikman. Moreover, her account also says that she has a brother-in-law Josh Wyatt who is a US army. Nothing is clear at the moment, but it seems like she married Josh’s brother. At present, she lives with her daughters in Dallas, Texas.

Rhonda Worthey’s divorce was not the only talk of the town, only a year and a half after the break-up in August 2012, she was arrested by the police. The police reportedly caught her after she was drunk driving at a high school in Murphy, Texas.

Moreover, officers also found two bottles filled with a liquid that smelled like alcohol in her car. The judge charged her with public intoxication. Worthey herself agreed to plead no contest in exchange for 30 days probation.

Rhonda Worthey possesses a net worth of no less than $5 million. Her enormous wealth is mainly thanks to her divorce settlement and alimony from her ex-partner and partially as a publicist.

The former celebrity wife, additionally, owns a house in Dallas, Texas. Reportedly, she purchased the house for $1.5 million in 2011, only a few months after the divorce.

Speaking about her former partner, Troy Aikman, who was of the highest-paid NFL players in his peak years. The former NFL quarterback holds a net worth of $50 million.

Rhonda Worthey was born on May 02, 1970, in Dallas, Texas, United States. She has a degree in Public Relations and started working for Dallas Cowboys from 1992 to 1999.

The 50-year-old was rumored to star in The Real Hou8sewives of Dallas, but due to the delay in the show’s production, she was later excluded.