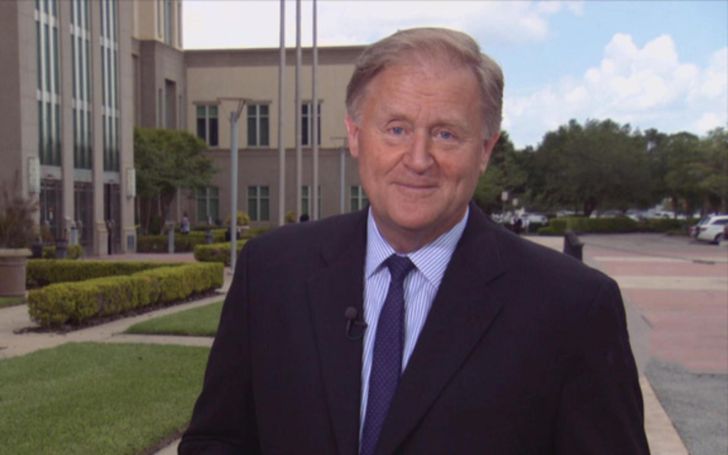 Peter Van Sant remains the perfect example of an inspiring journalist as he dedicated his entire career in the field of reporting news. The 67-year-old journalist is best known for his contributions to CBS’ news magazine/documentary show called ’48 Hours.’ The veteran reporter might be approaching his seventies now, but remains far from tired and is actively working. He believes journalism’s sole aim is to do service, just like it should be, and constantly works to fulfill it. So, today we bring you close to the net worth, personal life, and career details of Peter Van Sant.

Talking about the net worth of Peter Van Sant, there is nothing he has to worry about considering his vast experience and work history in journalism. Specifically, he amasses a staggering net worth of $1 million as of 2020. The veteran journalist enjoys a lavishing lifestyle courtesy of such a massive bank balance.

As per estimates, he earns around $100,062 per year, which happens to be the average salary of a CBS news reporter. Sant’s works in CBS network helped him gather a colossal bank balance, which is more than enough for him to live life in the best possible way. Yet, the 67-year-old opted to come to the studio and work hard instead of retiring and living peacefully.

Talking about the career of Peter Van Sant, he not just amassed massive net worth, but also managed to create a name for himself in his professional journey in journalism. Sant might be best known as the news reporter and correspondent for ’48 Hours’ at present, but he acquired experiences from many workstations in the past.

Soon after his graduation, he started his professional journey for KAPY-LP in Port Angeles, WA. Over the early years, he worked for Cedar Rapids-based KCRG-TV, KETV, and the Fox-owned KOOL-TV. Peter signed for CBS News in 1984 and worked in Atlanta as a correspondent for CBS Evening News until 1990. Interestingly, his investigative report on a high number of medical helicopter crashes helped him to win the first Emmy Award in 1986.

You May Like: Grab all the net worth details of Susan Spencer.

Peter Van Sant covered some intriguing stories over the years, like the collapse of the Soviet Union, the first Gulf War, and Germany’s reunification, which helped him to strengthen his portfolio. Similarly, he also interviewed several celebrities like Julie Andrews, Garth Brooks, and Lee Ann Womack over the years.

While Peter Van Sant might be vocal about his career, he prefers to keep his romantic life relatively private. Consequently, there is no clue whether the ’48 Hours’ correspondent is single, married, or dating to someone. Talking about his birth details, Sant was born on February 21, 1953, in Seattle, Washington.

Also See: The Net Worth, Love Life and Career of Martha Teichner.