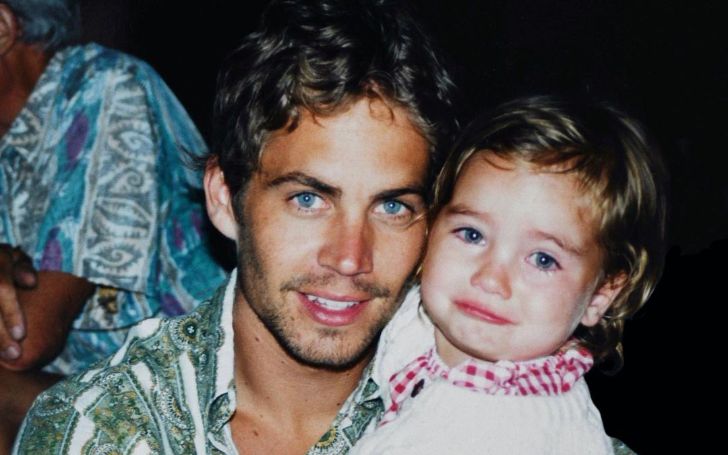 Meadow Walker, a model, is doing her part to honor her late father, actor Paul Walker. On Sunday, she shared a sweet throwback photo to commemorate the late star’s 48th birthday. Meadow shared a photo of herself as a child with her father on Instagram, and their matching piercing blue eyes stole the show.

On what would have been her dad’s 48th birthday, she wrote in the caption, “Happy birthday daddy, I love you.” It seems how much she loves her dad. Paul was a great American actor who has placed his name in Hollywood. Meadow has also wished her father’s birthday every year.

Several passionate fans wished Paul a happy birthday and paid tribute to him in the comments section of her post. “Nothing like father like daughter,” one person wrote, while another added, “Happy birthday legend the legacy continues,” and a third added, “You have a protective angel.” Many others added emojis with hearts.

Furthermore, Meadow has shared many other throwback photos of herself with her father in the past, including a recent collage of childhood photos in which she can be seen kissing her father, with the caption “miss you.” She has since made a popularity for herself in the modeling industry, even walking the runway for several well-known brands.

The American model also keeps in touch with her father’s Fast and Furious co-stars, particularly Vin Diesel, her godfather. She’s documented her relationship with him and his children on social media several times, even mentioning how he and his family were there for her after the accident.

Paul’s daughter just posted a wonderful photo of herself cuddling Vin and his daughter, Simile, with the simple message, “Family.” Fans were ecstatic to see the group’s closeness, and several left love and teary-eyed emojis in the comments.