Otto Kilcher is an American reality Tv personality known for appearing on the show Alaska The Last Frontier. He is also a mechanic, having grown to collect and fixing broken objects in his homestead. 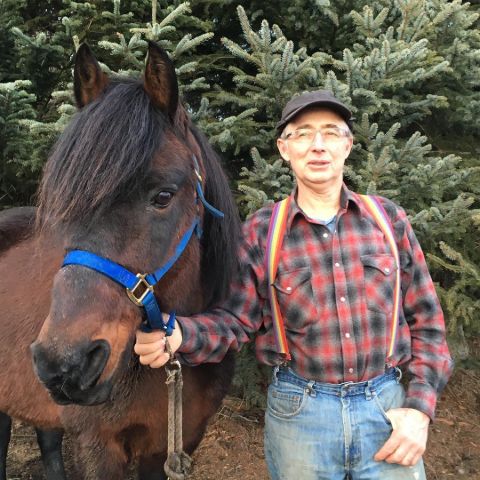 Otto Kilcher is an American mechanic and reality TV personality who is most known for his role in Alaska: The Last Frontier. His extended family, including his nephews and nieces, is featured in the show. He began collecting broken machinery and repaired it because he was always interested in mechanics. His pastime allowed him to acquire a small supply of components, which he has used to repair anything that has caused damage to his family’s farm.

The American TV personality is Jewel Kilcher‘s uncle and was a member of the first mission to safely cross the Harding Icefield in 1968. Alaska: The Last Frontier premiered in 2011 and is currently on its seventh season. Otto has collected a massive amount as a mechanic and reality television personality. So, he is a multi-millionaire as of 2021. According to Celebrity Net Worth, Kilcher is estimated to amass an impressive net worth of $4 million as of 2021.

Also See: All Details About Jessica Vilchis’ Net Worth, Relationship, and Early Life

Who Is Otto Kilcher’s Current Wife? Who Are His Children?

Otto Kilcher is a married man. He has been married three times. In addition, he tied a knot for the first time with Olga Von Ziegesar. But, their marriage didn’t last long, and they divorced after being together for several years. The former couple didn’t have children from their wedding.

After separation from Olga, he married Sharon Mckemie. The former pair had two children from their marriage. The names of the children are Levi and Eivin Kilcher. Unfortunately, they ended up in a divorce for an unknown reason. Presently, Otto is married to Charlotte Irene Adamson, a biologist.

The couple has been married for over a quarter-century. Charlotte is a wildlife biologist from Northern California who moved to Alaska in 1978 to work. They met for the first time in 1989 while volunteering in South Central Alaska. During their initial meeting, they formed a bond and finally fell in love. The couple married in a wedding ceremony after dating for a few years. The love bird is blessed with a son named August Kilcher. Charlotte has another son named Torrey Kilcher from Charlotte’s previous marriage.

Otto Kilcher was born on April 19, 1952, in Alaska, United States. He is 69-year-old as of 2021 and holds American nationality. Moreover, his father’s name is Yule Kilcher, and his mother’s name is Ruth Kilcher. He has seven siblings. His sister are Wurtill Hepp, Fay Graham, Catkin Kilcher Burton, Stellaver Kilcher, Mossy Kilcher, and Sunrise Sjoeberg. His brother’s name is Atz Kilcher.

The 69-year-old had his long-awaited hernia surgery in 2016. He and Charlotte reviewed the possible consequences before he went under the knife.