Also nicknamed 'The World's Sexiest Comedian,' Nicole Arbour is a multi-talented personality with more talents than just making people laugh. Here are the complete details on her relationship status, net worth, and career. 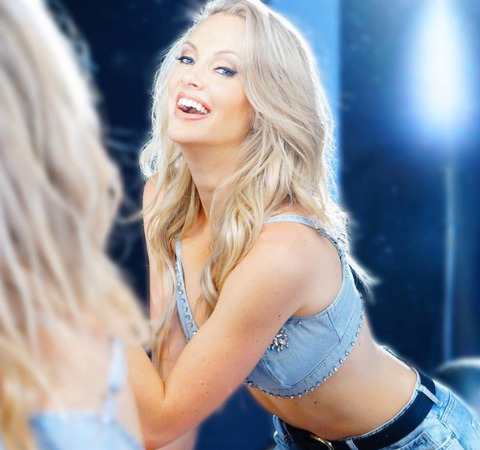 Nicole Arbour has had many relationships with really good-looking men. Her first-ever media-reported boyfriend is Travis Stanley. The two began dating each other in 2008. They broke up only after a year in 2009. After three years of her split with Travis, Nicole dated the Canadian Musician JRDN (real name: Ralph Jordon Croucher) from 2011 to 2012.

In 2012, the actress had another love affair with the musician, Matt Webb. The two dated for some time and separated in 2014. Her next romantic affair happened with the Canadian YouTuber, Matthew Santoro. The relationship lasted for a very short period; they broke up in September 2015.

On January 11, 2016, Matthew uploaded a video in which he talked about an abusive relationship he had. He did not name the woman, but people guessed that it was Nicole who was the aggressor. However, she denied the accusations. As of now, the comedian seems to be enjoying her single life.

Nicole Arbour Net Worth and Career

Nicole Arbour is a Canadian comedian, singer, choreographer, actress, and YouTuber. She is known for The Rocker, White People Money, and Silent But Deadly. She also worked on the marketing campaigns of the brands like Virgin Mobile, Axe, and Molson. She is also a former cheerleader of the Toronto Raptors of the National Basketball Association.

The actress has appeared in the films: Silent But Deadly, You Might as Well Live, and The Rocker. She has acted in Television series like Too Much Information, CMT’s Hottest, Howie Do It, and Video on Trial. She also owns a YouTube channel in which she mostly posts satiric videos. She was featured in the April 2017 Adweek magazine for her work in PMD‘s Lip Plumping Device advertisement.

The YouTuber started cheerleading while in college. She has worked as a choreographer for professional cheerleading teams and award shows, including Omi‘s “Cheerleader” performance in the 2015 Much Music Video Awards, 2013 Much Music Video Awards and CFL Argos Cheerleaders. She has also hosted some events and tours like Style New York Fashion Week at Madison Square Garden, Virgin Mobile “National Fearless Day,” City Fest Toronto, and LG National Texting Championships 2008–2009.

In 2016, Arbour won The Producers Choice Honors Award in the Honorary Star on the Hollywood Walk of Fame category. In 2017, she won an International Pain Foundation Hero of Hope Award in the category, Nerve to be Heard. As for her net wealth, according to the celebrity net worth, the now 39-year-old’s net worth is $300,000.

Nicole Arbour was born on June 26, 1982. She was born and raised in Hamilton, Ontario, Canada. There is no information whatsoever related to her parents and family life as the comedian has always kept her personal life distant from the public.

As for Arbour’s academic qualifications, she attended Humber College in Toronto after completing the high school level. It is unclear which year she graduated from college. While at Humber College, she started her cheerleading career and led the Humber Hype dance team, winning two national championships.