Who is Nick Vujicic’s Wife, Kanae Miyahara? Learn More About Their Married Life 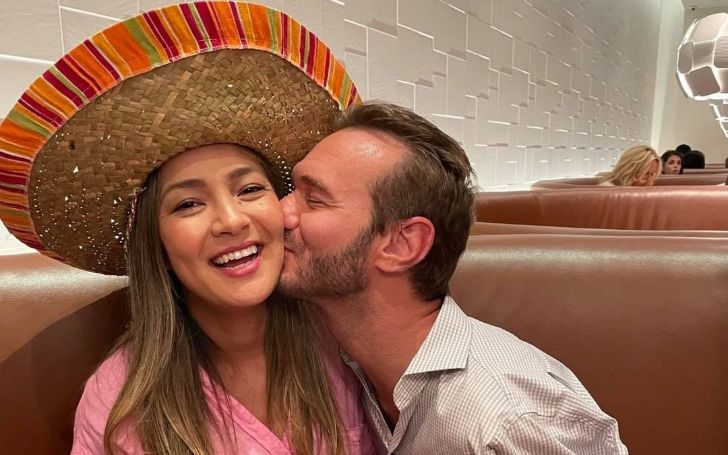 Before knowing about Nick Vujicic‘s wife, Kanae Miyahara, we should know about Nick. So, Nick Vujicic is an Australian-American speaker, New York Times best-selling book, coach, and entrepreneur born without arms or legs. He had to overcome numerous challenges in his life, including living without limbs, being harassed at school, and fearing his future without clear purpose insight. His emotions of powerlessness and isolation, coupled with a lack of hope, prompted him to try suicide.

Furthermore, Vujicic survived difficulties and discovered essential principles that enabled him to identify his mission and turn challenges into opportunities, making him one of the world’s most sought-after keynote speakers! Nick’s inspirational lectures and dynamic coaching have given millions of individuals hope, purpose, and the strength to overcome their obstacles. Now, let’s know who his wife is and married life.

As we already mention, Kane Miyahara is the wife of Nick Vujicic. She is an American celebrity who came to the limelight after she got engaged with Nicholas. Moreover, she is also an active participant in community service within Southern California.

The American speaker never imagined that he would find a woman who would fall in love with him because of his missing limbs and legs. However, he met Kanae after graduating from university and relocating to America to pursue a motivational speaker and preacher career.

Kanae and her sister Yoshie first met Nick when they both attended a speech given by Nick’s acquaintance, a speaker, and author. Kanae claims that she was more interested in his personality than his physical impairment. He proposed to Kanae aboard a yacht in Santa Barbara in 2011. After Miyahara replied yes, he used his mouth to place the ring on her finger.

The best-selling novelist married on February 12, 2012. Kiyoshi, the couple’s first child, was born in 2013. Their second son, Dejan, was born in 2015, followed two years later by twin daughters, Ellie Laurel and Olivia Lei. He is living in Southern California with his family.

Although little is known about Kanae Miyahara, such as her exact year of birth, we see that she celebrates her birthday every December 20. She was born in Mexico but moved to Texas as a child. According to online sources, she is around 35-year-old. Her father is an American, and her mother is Japanese, is an agricultural engineer. Sadly, her parent’s names are unknown.

Although her childhood and educational history are not widely available to the public, it seems she must have shared many incredible adventures with her family, particularly with her sister.