Through her journey from Spain to New York, Marta Milans has seen herself grow exponentially into a charismatic and multi-lingual actress. Here are the details about her relationship status, net worth, and early life. 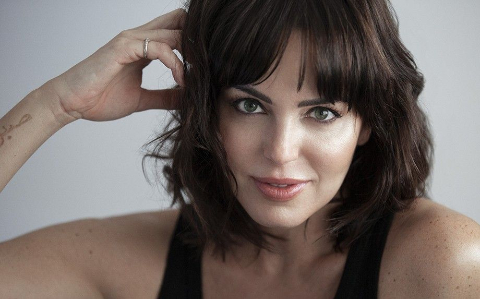 Marta Milans does not like to share anything about her romantic life. She has never officially admitted to dating anyone. As such, her dating history is not known to the public. However, Marta had once been infamously linked to Joshua Sasse. Joshua Sasse is a British actor. The linkup was never confirmed from both sides.

The two’s linkup was infamous because Joshua was engaged to the Australian singer and actress Kylie Minogue at the time. Kylie reportedly called off the engagement with Joshua because of the growing friendship between Joshua and Marta. Since then, Milans has tried her best to keep her romantic life away from the public eye.

Marta Milans Net Worth and Career

Marta Milans is a Spanish-American actress. She rose into prominence after appearing ‘Shazam!‘. She has appeared across all genres in television, film, and theater. The Spanish-American is also the ambassador for the ANAR foundation. She has starred in series like White Lines and The Minions of Midas. She was also seen in the Strangers.

Marta has acted in films like Love in the Age of Dion, Luchador Love, Shame, Devoured, The Disappearance of Eleanor Rigby, Asher, Shazam! and Stoyan. The TV series in which she has acted are La Piel Azul, Valientes, Law & Order: Special Victims Unit, Killer Women, The Death of Eva Sofia Valdez, The Mysteries of Laura, High Maintenance, No Tomorrow, Vergüenza, El embarcadero, White Lines, Wizard of Lies, The ministry of time and The Favorite of Midas.

Milans has also developed her career in her native Spain by appearing in Spanish films and TV series like The Pier, The Blue Skin, and The Brave Ones. She has won the Drama Award at the Santa Monica Film Festival. The actress also won the “breakout” award at the Sardinia Film Festival. She was also given the Best Actress Award at The New York City Horror Film Festival and Molins International Film Festival.

Like her romantic life, the Spanish-American prefers to keep silent about her net wealth. Referring to her dynamic career and working since 2006 in this industry, it’s assumed that the actress has amassed a sizeable fortune. According to the sources, the Spain-born has an estimated net worth of $300,000. Along with that, she’s got sumptuous followers in both of her Twitter and Instagram handles.

Marta Milans was born on April 19, 1982. She was born and raised in Madrid, Spain. She was born in a Spanish business family. The Spanish-American actress’s hometown is Santa Gadea in Spain. There is no information on her family; she keeps her family life away from the public eye.

It is unclear which high school the 39-year-old attended; however, she attended New York University for her college studies. She has a double degree in Acting and Art History. After graduation, the Spain-born actively pursued acting. Growing up, she was always fascinated by acting and theatres. She started playing violin at the age of 3 and later joined a music academy to learn violin professionally.