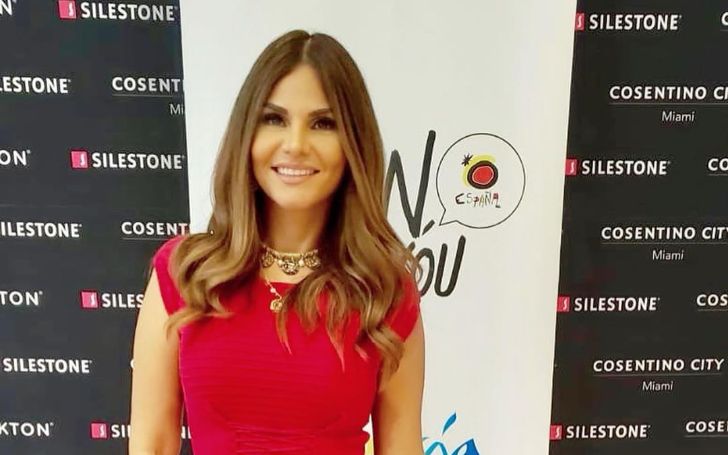 Natalia Cruz is quite a renowned personality in Colombia through her decades-long work in front of the cameras. She currently works as the news anchor in the 5:00 PM Mega News since 2018. Interestingly, she started her career in the early 1990s and got experience at several networks like Telecaribe and Caracol. While she gives all the details about the latest happenings on the world, many are unaware of her life in particular. Today, we take you close to the personal life, net worth,, and all sorts of details about the charming diva.

When it comes to earnings, Natalie Cruz has nothing to worry about as her lifelong work as a journalist pays her quite well. Specifically, she owns a whopping net worth of $2 million as of 2020. As per estimates, with her experience, Cruz earns far more than $83,300, the average salary of a news anchor.

She has been the household name for Mega TV as she is the anchor for Mega News and the host of ‘Esta Es Tu Casa.’ Before joining the network, she gained vital experiences from networks like Univision, Telemundo, and HITN-TV. In addition to that, the diva used to work in radio in the 1990s for Uninorte FM Sterio and Caracol Radio.

Also See: Know the net worth and married life of Ramon Enrique Torres.

Kudos to her years of hardwork, Natalia Cruz also got great recognition in the form of several awards. In fact, she bagged three Emmy awards and one ACE Award. Lately, she also won the Latino Show Awards and Premio Digitales Estrellas prize in 2017 for her versatile works on-screen.

Born on August 18, 1976, in Barranquilla, Colombia, Natalia Cruz lived a pleasant childhood. Interestingly, her parents were journalists, which ignited her passion for writing as she participated in several writing, speech, and poetry competitions.

The 43-year-old went to Universidad del Norte in her hometown itself for studies, where she majored in social communications and journalism. It was then when she embarked on her career in radio on ‘Emisora Atlantico.’ Similarly, she was just 17 when she made her debut in broadcasting for Telecaribe. She moved to New York in the early 2000s, where she worked for HITN and started as a reporter after some time.

Natalia Cruz manages to keep a balance between her hectic journalism career and personal life properly. Regarding her romantic side, she is a married woman. She tied the knot with longtime boyfriend, Jairo Cruz. Although she prefers to keep their affair under the radar, she posts pictures with her spouse very often on her Instagram and Facebook.

The Emmy-winning journalist didn’t reveal on her love story with husband Jairo. However, we know that the two couldn’t be happy as they share three adorable children, two daughters, and one son. Interestingly, she posted a family photo on the occasion of Christmas 2019.