Skip to content
Home » Entertainment » ‘This Is Us’ Actor Milo Ventimiglia Relationship Details, Is He Married As of 2021?

‘This Is Us’ Actor Milo Ventimiglia Relationship Details, Is He Married As of 2021? 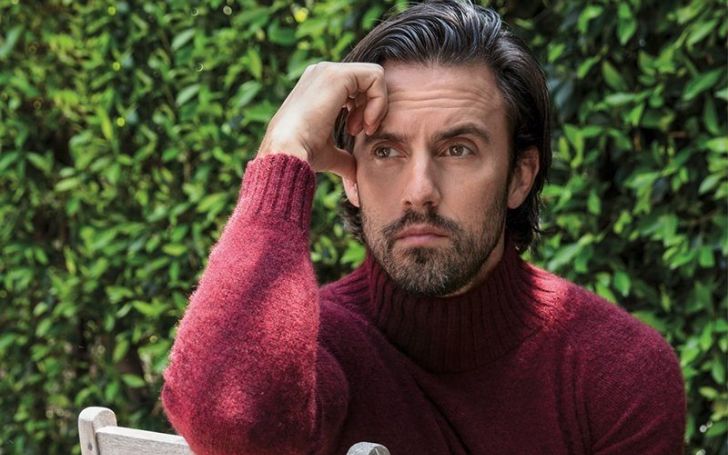 Milo Anthony Ventimiglia is an American actor, director, and producer well-known for his role as Jess Marano on the television series Gilmore Girls from 2001 to 2006. He is also famous as Peter Petrelli on the NBC series Heroes from 2006 to 2010. Moreover, Milo was the president of the Student Government in High School, where he also wrestled and acted in drama productions.

The 43-years-old was born on July 8, 1977, in Anaheim, California, America. He is the last-born child in a family of three children. His father’s name is Peter Ventimiglia, a Vietnam War veteran and his mother’s name is Carol Ventimiglia. Moreover, he has two sisters whose name are Leslie and Laurel. His father, Peter, is of Italian-Sicilian ancestry, while his mother, Carol, is of English and Scottish heritage.

In addition, Milo was born with a damager facial nerves called a crooked mouth causing the left side of his mouth to remain unmovable, just like an actor Sylvester Stallone, with whom he worked in Rocky Balboa.

Furthermore, Ventimiglia studied at El Modena High School in Orange, California, where Saturday Night Live cast member and writer Mikey Day also read. In 1995, he wrestled, acted in drama productions, and was student government president. Later, he attended the American Conservatory Theater for their summer program; at the same time, he was attending the University of California, Los Angeles as a theatre major.

Actor Milo Ventimiglia Relationship Details, Is He Married As of 2021?

Let’s talk about Ventimiglia’s relationship status. Is he married, single, or dating? Well, he is single as of 2021. Milo has never married; he’s dated some of Hollywood’s most beautiful women who were his TV co-stars too. However, he has always preferred to keep the nature of his love as private as possible while dating some high-profile co-stars. Here’s the brief of all of Milo’s loves.

Talking about Milo and Alexis Bledel‘s relationship. They met on the CW’s The Gilmore Girls set, where he played her love interest, Jess Marano. Alexis Bledel is also an American actress and model known for her role as Rory Gilmore on the television series Gilmore Girls.

The duo was also dating on a screen as Rory and Jess, and the pair had a long relationship in real life. They dated each other for four years and officially becoming a couple in 2002. But unfortunately, the pair separated in 2006.

Also See: Bailey Sarian’s Wapping Net Worth As of 2021.

After the separation, Alexis married Vincent Kartheiser, who is her Mad Men co-star. They secretly wedded in 2014. Then, Alexis and Milo again meet up on screen in 2016’s Gilmore Girls: A Year In The Life revival for Netflix. However, Milo continues to respect her ex’s acting chops, especially after she won an Emmy Award in 2017 for The Handmaid’s Tale. Ventimiglia told The Daily Dish, “I’m very happy for her. She’s always been a great actor and I think as long as he’s been in the business for her to be recognized.”

Milo also dated his co-star Hayden Panettiere in 2007. He was 29, and she was just 18 when they were dating. Moreover, they met on NBC’s Heroes, which ran from 2006-2010. The couple wasn’t afraid to show their romantic feelings in their two years together. They attended many red carpet events together.

However, the relationship didn’t last long. The pair split in Feb 2009. Like Alexis, Hayden also started dating Wladimir Klitschko, former world heavyweight boxing champion. They broke up in 2011 but got back together in 2013. In 2014, the pair was blessed with a daughter Kaya Evdokia Klitschko.

The talented actor was also attached with Isabela Brewster, an American casting director, social media influencer. Isabella is a younger sister of The Fast and the Furious actress Jordana Brewster. The couple dated in late 2009 then, separated in 2010 after they spotted the paparazzi zooming in on their date.

However, before their separation, the cute couple had a romantic date in Disneyland, where he was photographed planting sweet kisses on her forehead while putting his arm around her waist. Eventually, Isabella went to date Russell Brand, a British comedian. Later, she married former NBA star Baron Davis in January 2014.

The last person Milo was publicly in a relationship with was Kelly Egarian, Stella McCartney’s marketing co-ordinator. They were first captured holding hands during a December 2016 lunch date in Venice Beach. But she didn’t walk the red carpet as his date.

Unfortunately, the news surfaced that they’s split in 2017. Then Milo has been linked with Orange Is the New Black star Diane Guerrero, an American actress and author. In early October 2019, the couple was photographed having lunch together in Los Angeles. Later, the news reported that the two were just friends. Now, Milo is looking for his perfect match.

Talking about Ventimiglia’s career, he began his acting career as a gay teenager in Must Be the Music, a short film. He was just eight years old when he did that short films. Moreover, Miles appeared as a guest artist in television series including Crime Scene Investigation, Sabrina, the Teenage Witch, and Boston Public.

Addionally, Ventimiglia also starred as Peter Petrelli in the NBC series Heroes. In TV series, he had several series including Opposite Sex, Boston Public, One World, Kelly Kelly, and many more. Ventimiglia also voice-over the Wolverine in the English dub of the Marvel Anime: Wolverine anime series. He had won many awards for his works. Furthermore, Milo is also a director; he has directed movies like It’s a Mall World, Suite 7, and This is Us.