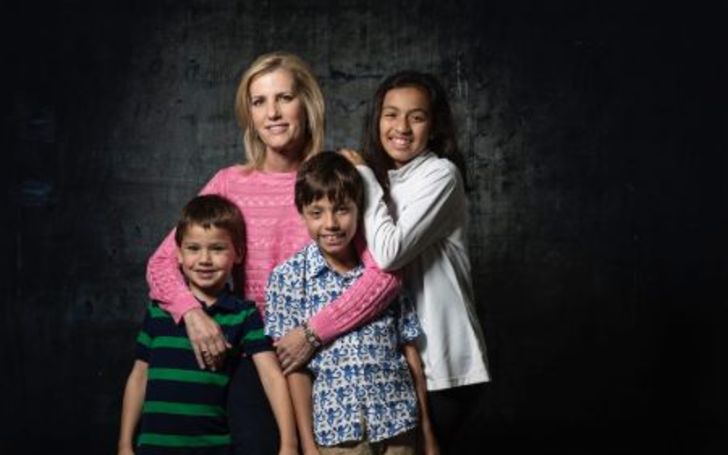 Learn about Michael Dmitri Ingraham, the son of the renowned television host Laura Ingraham, who hosts ‘The Ingraham Angle’ on Fox News Channel. Laura Ingraham is widely recognized for sharing some rather controversial and far right-wing views on Fox News Channel ‘The Ingraham Angle.’ Her opinions are often debated by the critics, called out for being biased and, in the last four years, completely pro-Trump.

Regardless of her political standpoint, Laura Ingraham does draw a lot of attention from the media and the audiences alike. And many people diverge from her professional life to learn about her personal life too. She’s got an adopted son named Michael Dmitri Ingraham, who’s getting a bit of limelight recently. Let’s get into the details about the life of Michael and what he’s up to recently.

Laura Ingraham adopted Michael Dmitri Ingraham in July 2009, when he was 13 months old at the time. Laura brought Michael from Moscow, Russia, a year after she adopted a girl from Guatemala named Maria Caroline. Laura’s other son, Nikolai Peter Ingraham, is also from Russia. She adopted Nikolai in 2011.

In one of her controversial comments in 2018, Laura Ingraham compared child detention centers to summer camps. She tried to justify her remarks saying she spent a considerable amount of time in Central America. She also pointed out the fact that she chose to adopt her daughter from Guatemala. But most of her program content is anti-immigration.

Also See: Learn about the Personal Life, Family Details and Net Worth of Noah Perez

Laura Ingraham is a single mom, and raising three children on her own is a huge responsibility. And she works too. But she’s been able to manage both somehow, by balancing time between her home and work. She is never married either, though she’s been in relationships with some prominent political and academic personalities.

Some of Laura Ingraham’s former romance partners include Keith Olbermann, Dinesh D’Souza, Robert Torricelli, and James V. Reyes. D’Souza and Laura Ingraham were engaged, but their relationship never proceeded to marriage. Dinesh D’Souza’s has been one of those people who’s also mocked Stoneman Douglas survivors and activists.

Laura was also engaged with James V. Reyes, a businessman from Chicago, in April 2005. But she was diagnosed with breast cancer and had to undergo chemotherapy. After undergoing successful surgery, she announced that she’d broken off the engagement and split up in May 2005.

Laura Ingraham was also linked with economist Lawrence H. Summers. Lawrence served as the president of the prestigious Harvard University from 2001 to 2006. Neither Laura nor Lawrence confirmed their relationship. But The Harvard Crimson in 2005 reported that ‘tabloids were abuzz with rumors of [Robert’s] relationship with conservative radio host Laura Ingraham.’

Check Out: Learn about the Details of Age, Wiki, Bio, Net Worth and Personal Life of Natalie Wihongi

Well, Laura Ingraham seems perfectly fine with her single life and does not seem to be eager to marry anytime soon. She’s focused on raising her three kids and her work, and that appears to be fulfilling for her in her personal life.

Stay tuned to Featured Biography to read the life stories of your favorite celebrities.