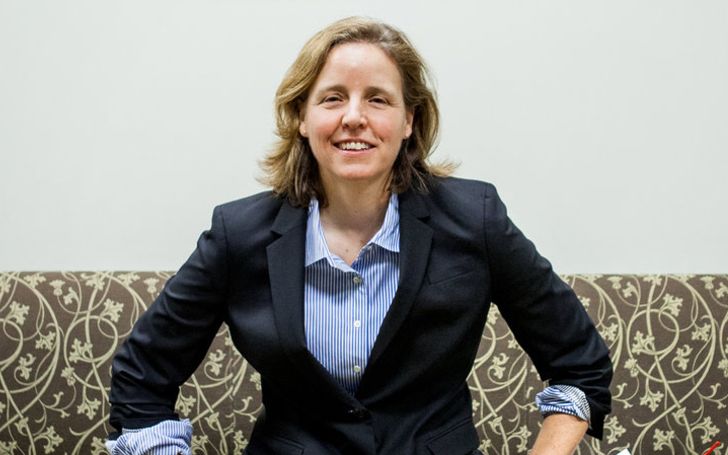 Megan Smith is the perfect example of a modern-day woman as she is the third Chief Technology Officer of the United States. If you think that was enough, then you would be surprised to know how she was the assistant to former President Barack Obama. Interestingly, she was also a former vice president at Google, where she led new business development and early-stage partnerships. With an extremely decorated career portfolio, Smith has nothing to worry about when it comes to her net worth. So, in this article, we bring you close to the personal life, net worth, and career of the charming diva.

Megan Smith’s Net Worth From A Decorated Career

Megan Smith‘s career is nothing short of massive success. Be it as an assistant to the President, or the third U.S. CTO; she worked at the highest of levels. Similarly, she also helped Google develop new products as a vice-president and a general manager of Google Org. Similarly, she is also the board member of MIT and Vital Voices. In the past, she sued to be a member of the USAID Advisory Committee on Voluntary Aid and the CEO of Planet Out.

At Google, Smith led many projects such as Google Earth, Google Maps, and Picasa. Similarly, she also co-hosted Google’s Solve for X think tank before being the general manager of its philanthropic projects. She left the job in 2014 to become the CTO until 2017. Thanks to her years of hardwork, she achieved many accolades such as Top 25 Women on the Web in 2000 and Charging Buffalo Award in 2015.

You May Like: Nathan Downer’s net worth as a journalist.

With so many years of hardwork, Megan Smith amasses a staggering net worth of $5 million as of 2020. The 55-year-old enjoys a lavishing life from her work in the corporate sector, and she couldn’t be happier.

While Megan Smith’s professional life was extremely resounding, it was sad how she couldn’t replicate the luck in her married life. As a member of the LGBT community, she tied the knot with technology columnist Kara Swisher in 1999. Interestingly, they enjoyed a flashy wedding ceremony in Marin County in 1999. Unfortunately, same-sex marriage wasn’t legal back then in California, but they still moved on with their marriage.

Megan Smith and her former partner welcomed two children, both sons, Alexander and Louis, when they were married. Just when everything looked perfect, cracks formed in their relationship, which eventually led things to a divorce. Consequently, the married couple parted ways after nineteen years of marriage in 2018.

Following the divorce, there isn’t much information about whether Smith is seeing someone or not.

Talking about the background of Megan Smith, she was born on October 21, 1964. She spent her childhood in dual locations, i.e., Buffalo, New York, and Fort Erie, Ontario. Furthermore, she enjoyed most of her summers at Chautauqua Institution in Chautauqua, New York, her mother Joan Aspell Smith’s workplace as a director.

Regarding her education, she completed her graduation from City Honors School in 1982. Similarly, she went on to receive her S.B. in 1986 and S.M in 1988, both in mechanical engineering from Massachusetts Institute of Technology. She completed her Master’s thesis paper at the MIT Media Lab and later went on to design a solar car from the MIT team itself. To kick off her career, she worked at many start-ups in the past, be it Apple in Tokyo or General Magic. She later worked in Planet Out, which led her to Google in 2003.