Skip to content
Home » Entertainment » Who is YouTuber Matt Stonie’s Girlfriend? Find All About His Love Life Here Below

Who is YouTuber Matt Stonie’s Girlfriend? Find All About His Love Life Here Below 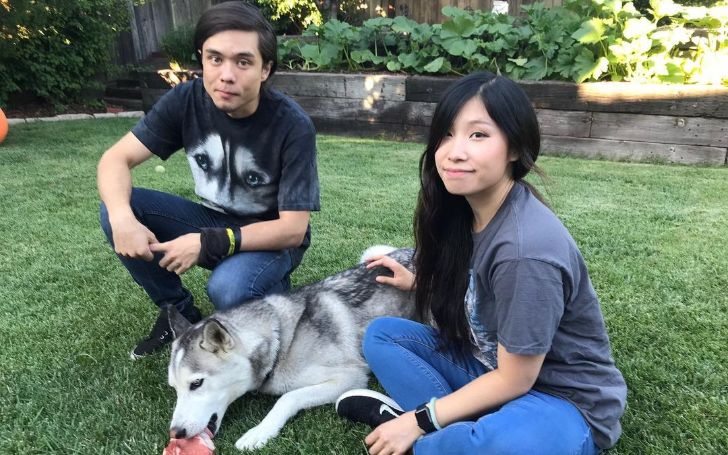 “Megatoad” Matthew Kai Stonie (born May 24, 1992) is an American competitive eater and YouTuber. In Major League Eating, he is the number four competitive eater. Stonie defeated Joey Chestnut, the 8-time defending champion, to win the 2015 Nathan’s Hot Dog Eating Contest. He has a YouTube channel, where he uploads video footage of his eating challenges, which has made him famous.

In 2011, Stonie debuted in Major League Eating at the Stockton Deep Fried Asparagus Championship in Stockton, California. He was the youngest member of the Major League Eating organization at the time, with an age of 18 years. In 2010, he took first place at a lobster roll eating competition in Hampton Beach, New Hampshire. Let’s know about his relationship status.

Matt Stonie’s Relationship Status, Who Is His Girlfriend?

Well, Matt Stonie is dating his beautiful lady girlfriend, Mei. However, the complete name remains unknown. On August 27, 2018, Matt Stonie’s girlfriend posted a photo of them relaxing on the grass with their pet dog on Instagram. She is of Chinese origin and has two brothers and one sister. The couple met for the first time in February 2014 and have been together since then.

Furthermore, Mei also talks about his passions for cuisine, travel, adventure, and, in general, having a good time. Riding roller coasters with her partner, Matt, is one of her favorite things to do. In January 2019, the duo went to Hawaii and hiked the Maunawili Falls and Koko Head trails. Then, in November 2019, she went on a girls-only trip to Seattle and Washington with three companions.

The love birds have no intentions to expand their tiny family at this time, except for possibly adding more four-legged members. There is also no talk of engagement or marriage at this time. We hope the couple will wed each other in the upcoming days.

Both are active on social media. Matt mainly uploads pictures of food on Instagram. He has 420k followers on Instagram, whereas Mei has 7k followers. The partners share their photos on their social media account.

Stonie has set multiple world records in addition to his ranking in major eating competitions. At the Phantom Gourmet Food Festival in 2013, he ate 10.5 pounds of frozen yogurt in 6 minutes, and at the Elk Grove Pumpkin Festival in 2014, he ate 20.8 pounds of pumpkin pie in 8 minutes.

Despite winning numerous awards as a professional competitor, YouTube provides the majority of its income and recognition. Matt began a YouTube channel under his own name in August 2012, and his following has exploded since then. He has 14.6M subscribers and 2.8 billion views on his YouTube Channel.