Jonathan Groff’s Latest Relationship Details, Find Out Who Is He Dating Now? 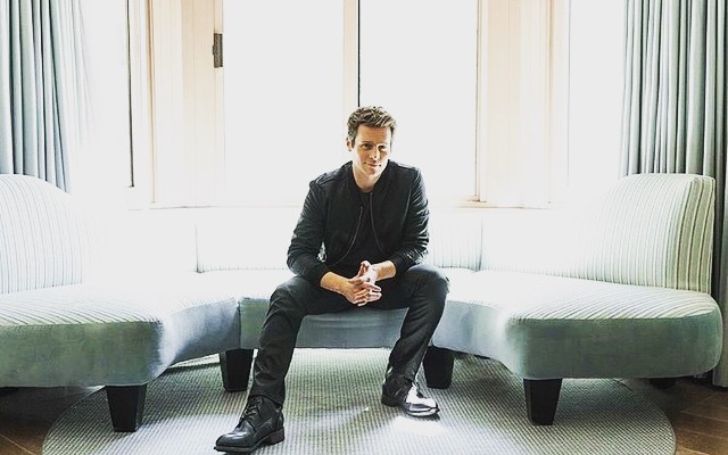 Jonathan Groff is an American actor and singer. In 2016, he had his breakthrough in the film Spring Awakening, in which he played the lead part. At the 61st Tony Awards, the musical received 11 nominations. Later in his career, Groff starred in the musical comedy-drama Glee and voiced Kristoff and Sven in the Disney animated films Frozen and Frozen II.

The American actor publicly came out as gay in 2009, and in 2015 he was recognized for his leadership position as an advocate for LGBTQIA communities. In the same year, he was awarded the Bayard Rustin Award by Equality Pennsylvania for his work on behalf of the LGBT community. Jonathan voiced Kristoff, a rough mountain man who is Anna’s love interest, in the 2013 film Frozen.

Jonathan Groff’s Relationship Status. Who Is He Dating Now?

In 2018, Jonathan and his boyfriend, Corey Baker, began dating. They met while both teaching at the Christchurch International Musical Theatre Summer School. Corey is a New Zealand choreographer. They are still together, but their personal lives are kept very discreet.

Talking about his previous relationship, Jonathan connected with his boyfriend Zachary Quinto in 2012. Zachary is an actor and producer from the United States. They expressed their joy at being together, but the relationship did not last long. The pair confirmed their breakup in 2013. Their hectic schedules and distance made it difficult to maintain the relationship. Even though their romance ended, their friendship is still going strong.

The singer has also dated an American actor, singer, and songwriter, Gavin Creel. He is best known for his work in musical theatre. The couple started dating in 2009 and split in 2012. The reason for their separation is unknown. He is also active on social media. Jonathan has 60.5k followers on Instagram and 18.7k followers on Twitter.

Jonathan Drew Groff was born on March 26, 1985, in Lancaster, Pennsylvania. He is 36-year-old as of 2021. In addition, his mother’s name is Julie Groff, and his father’s name is Jim Groff. His mother is a physical education teacher, whereas his father is a harness horse trainer. He has an older brother named David Groff. Groff is a cousin of singer James Wolpert, a semi-finalist on the fifth season of The Voice.

The 36-year-old graduated from Conestoga Valley High School in 2003 with plans to attend Carnegie Mellon University. Still, he had to postpone his acceptance for a year after being cast as Rolf in a nationwide non-equity tour of The Sound of Music. Groff opted to skip the education and start his profession after the tour by moving to New York City.