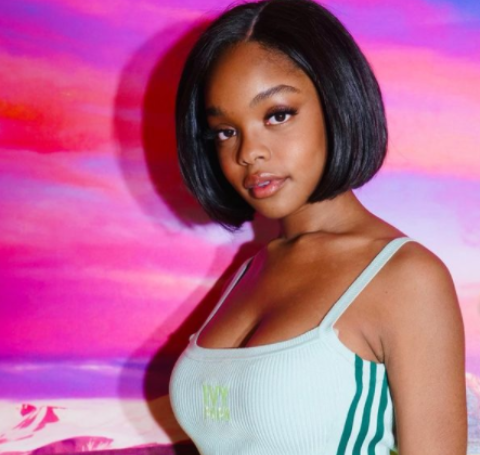 Marsai Martin Whopping Net Worth Collection at The Age of 16

No one really expects a 16-year-old kid to make millions of net worth, but when it comes to Marsai Martin, it’s mere numbers that add to her wealth as her talent makes her surge to new heights. According to various sources, specifically speaking of her riches, it is a staggering sum of $1 million as of 2021.

The child actor’s successfully established herself as the youngest executive producer in Hollywood, and her movie Little grossed $50 million in a budget of $20 million. She’s a nine-time NAACP Image Award winner and other titles like Kidscreen Award for Best Acting, BET Awards in the Young Stars category, and many more.

Martin also makes a great deal from her brand endorsement and sponsorship deals with brands like Meineke, Minute Clinic, CVS Health, Regions Bank Personal Pay, Give Me A Second, Brookshire, and many more.

Marsai Martin’s acting career began at the young age of five when she was selected for a national commercial for Choice Hotels. After realizing her talent, her parents moved to Los Angeles to focus on her career. In 2014 she got the role of her lifetime as the cast Anthony Anderson and Tracee Ellis Ross’s daughter. The part got her to receive numerous awards and nominations, which further boosted her acting career.

The actress made her movie debut in 2016 with a lead role in An American Girl Story Melody 1963: Love Has to Win, an Amazon Studios film. Besides that, her other movie credits are in Nina, Fun Mom Dinner, Lemonade Mafia, Little, Spirit Untamed, Paw Patrol: The movie, and many more.

Marsai Martin was born on 14 August 2004 in Little Elm, Texas, USA. Her birth name was Caila Marsai Martin, and her parents are Joshua Martin and Carol Martin. She comes from an African-American ethnicity and holds an American nationality.

Speaking of Marsai’s education, she studied acting at the Cathryn Sullivan Acting for film in Texas. She was previously announced to produce the comedy film Queen in December 2019 and act/produce in Universal Picture’s film adaptation of Amari and the Night Brothers.