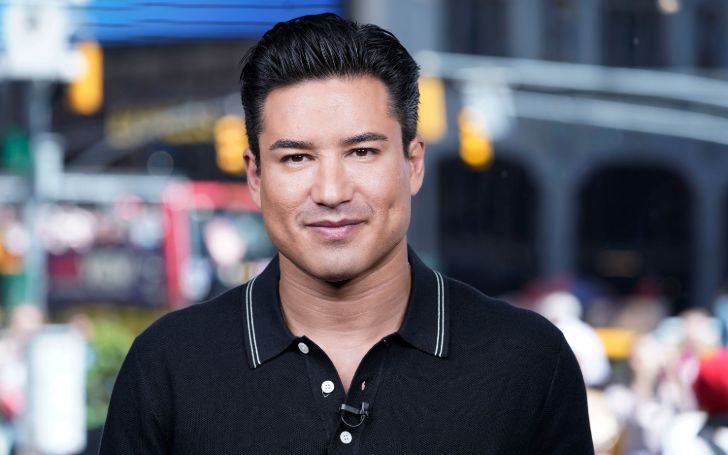 If you are a television enthusiast or a Hollywood follower, then you must be familiar with the talented American actor Mario Lopez. The 46-year-old television personality is best known for portraying A.C Slater on ‘Saved by the Bell’ and Saved by the Bell: The College Years.’ If acting wasn’t enough, the charming American actor also keeps himself occupied, hosting several shows like ‘Extra’ and ‘Dancing With The Stars’ as a entertainment journalist. For someone who started acting at the young age of eleven, Lopez not just amassed a massive fortune but also rose to global prominence from his works on-camera. So, stay with us to know about his net worth, married life, and early life details.

Mario Lopez Is A Millionaire By Net Worth

There are several perks of working in the showbiz industry, and the hefty paychecks and salaries has to be one of them. Mario Lopez remains entirely grateful for the fact as he makes quite a fortune as an actor. Specifically, he gathers a whopping net worth of $25 million as of June 2020. Lopez and his enormous bank balance are more than enough for him to enjoy a lavishing lifestyle around all sorts of modern-day amenities. He lives at his twelve-room mansion-like house in Glendale, California.

The primary source of Mario Lopez’s income is undoubtedly his career over television and the big-screens. Over the years, he appeared in several movies like ‘Get Smurfy,’ ‘Honey 2’, and ‘King Rikki.’ Furthermore, he played the career-defining role of A.C Slater in several ‘Saved by the Bell’ series and also appeared in ‘Pacific Blue’ and ‘Pet Star.’ Interestingly, he is returning in ‘Saved by the Bell’ web television sitcom that is set to release in 2020 itself.

Recommended: Know about the inspiring career of Morton Dean and his net worth.

Lopez also hosted several shows like ‘Name Your Adventure,’ ‘Masters of the Maze,’ and ‘The Wendy Williams Show’ to strengthen his portfolio. In fact, he also participated in the third season of Dancing with the Stars on ABC alongside then-girlfriend Karina Smirnoff in 2006. Unfortunately, the dancing duo finished second place to the team of Emmitt Smith and Cheryl Burke.

The personal life of Mario Lopez is full of drama with intriguing events like controversy, romance, and happiness. In an interview, he revealed that his first-ever kiss occurred with his ex-girlfriend, top singer Fergie Duhamel. The lovebirds worked together on the show ‘Kids Incorporated’ where their romance intensified.

Lopez found himself on great trouble in 1993 when he was accused of date rape. Fortunately, there was no substantial evidence to support the evidence. He later dated Miss USA 1996 and actress Ali Landry from 1998. Eventually, they decided to tie the knot and got married in a Catholic wedding ceremony at the Las Alamandas resort in Puerto Vallarta on April 24, 2004. Surprisingly, they annulled their marriage two weeks later. In an interview in 2011, the reason for their break up was that his ex-wife discovered how Lopez had been unfaithful to her days before his wedding at their bachelor party.

Also See: The Net Worth and Career Details of Mark Levin.

Mario Lopez then dated dancer Karina Smirnoff and even partnered with her in the Dancing With The Stars. They dated for two years before breaking up in June 2008. Finally, he met his soulmate in Broadway dancer and actress Courtney Mazza on ‘A Chorus Line’ on Broadway in New York. The lovebirds got married in Punta Mita, Mexico, on December 1, 2012. Shortly after their marriage, he became a father with his wife to a daughter and two sons.

Talking about the background of Mario Lopez, he was born on October 10, 1973, in San Diego, Califonia. He was born to mother Elvira, a clerk at a television company, and father Mario Sr., who worked at the municipality of National City. As per his siblings, he has a younger sister Marissa who is married to NFL linebacker Kailee Wong.

Lopez grew up in a large Catholic family of Mexican descent. In fact, he was a child prodigy and learned dancing at the mere age of three, training in tap and jazz. Moreover, he also did tumbling, karate, and wrestling at his Boys and Girls Club at the age of 7 years old. Besides that, he was an amateur wrestler for Chula Vista at the weight class of 160 lbs and became second in the San Diego section.

You May Like: Grab the net worth and career details of Eliana Johnson.