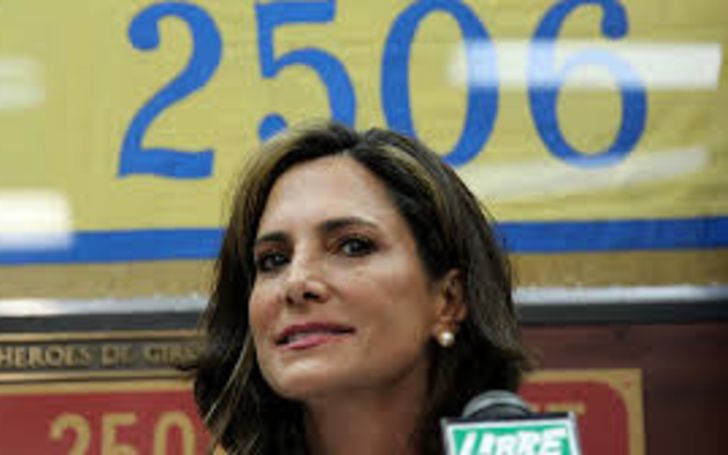 Maria Elvira Salazar became one of the latest additions to the list of journalists that got into politics. She rose to fame from her work in some top networks like CNN, Mega TV, and Fox News, covering several political events. Later, she decided to use the knowledge for the greater good by being the Republican candidate for Florida’s 27th congressional district in 2018. The diva also announced her candidacy to run in the elections again in 2020 against past winner Donna Shalala. While many are aware of her professional endeavors, not many know about her personal life. So, we bring you close to the net worth, married life, and all sorts of details you need to know about her.

When it comes to Maria Elvira Salazar’s finances, she is a millionaire by net worth. Unsurprisingly, the source of her income was from her journalist career, which embarked way back in 1983 on Channel 23. She went on to work for Univision and Telemundo networks during the 1980s and 1990s. After three decades at Telemundo, she left it for TV 41 with her own show Maria Elvira Confronta.

Salazar further went on to work for CNN and Fox News before returning to Mega TV, previously known as Channel 22, in 2016. She took some time off from journalism and took a vital step in politics in 2018 with the Republican Party.

Thanks to such a wide career portfolio, she amasses a staggering net worth of $1 million. Well, it was far more in the past, but as she purchased a lavish house in Miami ahead of the economic collapse in 2008, she had a lot of default loans.

When it comes to the personal life of Maria Elvira Salazar, she couldn’t replicate her great career as she is a two-time divorcee. Maybe it was because of her immense focus on work, that let her control over relationship loose.

The two also started a family together and share two children, both daughters. Unfortunately, they suffered economic problems as they took a large loan of $6.8 million from 2000 to 2007. As the economy went to the recession, they had a defaulted loan of $2 million, decreasing her net worth immensely. Ultimately, they faced several conflicts as they parted ways with a divorce in the summer of 2010.

Born on November 1, 1961, Maria Elvira Salazar was the daughter of Cuban exiles. Although she was born in Miami, she grew up in Puerto Rico. Interestingly, her background led her to speak both Spanish and English.