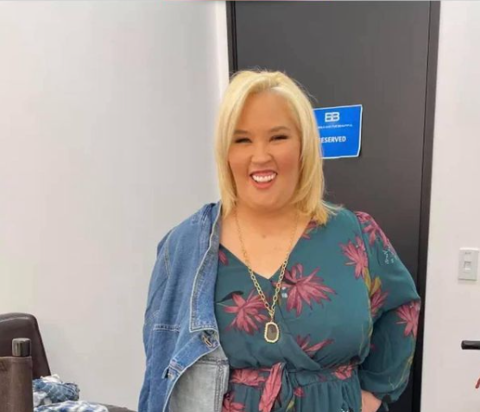 Mama June, Shannon confessed that she and her boyfriend Geno Doak spent nearly $1 million on dope.

In an interview with Access Hollywood about her latest premiere, Mama June: Road to Redemption, Mama June shared a lot of inside information on her drug addiction struggle in the past few years.

The reality queen got candid about her attempts to get clean and revealed, “I would say the last year of our addiction, probably a good $900,000,” she said. “So much money was sent to our dope man.”

She even admitted that at one point, she would pay her drug dealer about $80,000 in one single transaction on Cashapp and would wait on a $150,000 payment to get her last high. However, when that payment took time to come, she decided to go on a different route and went to rehab instead with $1.75 to her name.

The TLC star has successfully been clean for 14 months even though life’s been tough as productions have been halted due to coronavirus. In order to make ends meet, Shannon resorted to “old hustles”, “I don’t want to go back to that. I don’t want to have my bank accounts overdrawn.”

Mama June shared that drug addiction wasn’t a new factor in her life and that she as around drugs for her whole life as addiction ran in her family. She and her boyfriend were arrested in March 2019 on suspicion of possession of crack cocaine and drug paraphernalia. Later on, she admitted to her daughter Lauryn “Pumpkin” Shannon that she’d spent $2500 daily to feed their meth addiction needs.

That’s all, for now, follow Featured Biography for more of these articles.