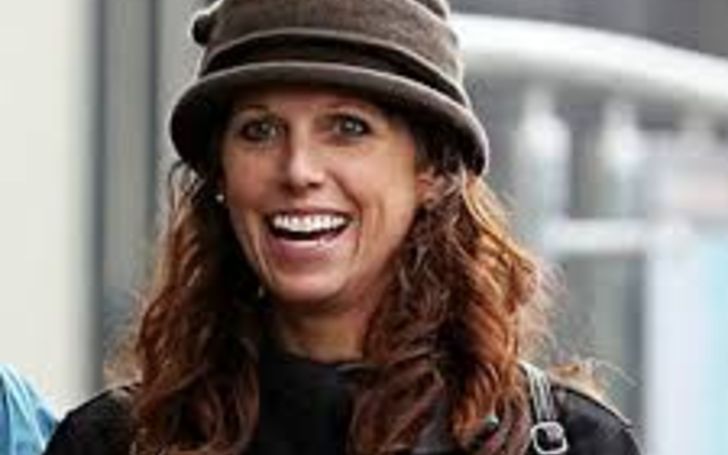 It’s not rare for celebrity marriages to fall apart. However, despite the downfall of many, a few Hollywood affairs have withstood the test of time. So is the case of occasional actress Kelly Wermuth and Mike Lookinland. She is widely popular as a celebrity wife of Mike Lookinland rather than her job as an actress. Keep scrolling till the end to learn about their marriage, lifestyle, and many.

Kelly Wermuth is a happily married woman. She tied a knot with her long-term boyfriend, Mike Lookinland, on May 1, 1987. Kelly and Mike are one of those power celebrity couples in Hollywood who have been together for the longest time. The Wermuth-Lookinland duo has been together for over three decades.

Speaking of family, Kelly Wermuth and husband Mike Lookinland are parents to two children, namely Scott Lookinland and Joe Lookinland. Baby Scott portrayed his father, Mike, in Growing Up Brady. The couple welcomed their first child on July 6, 1990, and the second child arrived on August 6, 1993.

How Does Kelly Wermuth Make Money for Living?

Wermuth’s husband, Mike Lookinland, has a net worth of $2 million. He started his career starring in television commercials. Later on, he played Bobby Brady at age 8. Mike appeared in spinoffs for the sitcom, such as The Brady Kids, The Brady Bunch Variety Hour, and The Bradys.

In the same vein, he made a cameo role in the 2000 television movie Growing Up Brady. Kelly and her spouse Mike have allegedly worked together, Lookinland as a production assistant and Wermuth as an extra on Halloween 4: The Return of Michael Myers and Halloween 5: The Revenge of Michael Myers.

Kelly Wermuth was born in 1962 which makes her currently 59 years of age. The wife of Mike Lookinland stands at a height of 5 feet 6 inches and weighs around 60 kg. Similarly, she is famous for her short brown hair and thin body. A native of Mount Pleasant, Utah, Kelly currently resides in Salt Lake City with her family.

Keep coming back to featuredbiography.com.