Find Out Kelly Ripa’s Net Worth Collection As of 2021 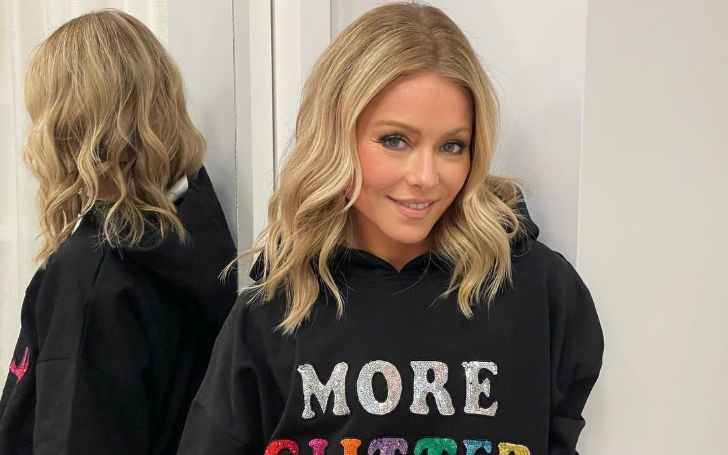 Kelly Maria Ripa is an American actress, dancer, talk show host, and television producer. Hayley Vaughan on the ABC daytime soap opera All My Children (1990–2002, 2010) and Faith Fairfield on the ABC sitcom Hope & Faith (2003–2006) are her most notable performances. She has hosted the syndicated morning chat show Live! with Kelly and Ryan in various versions since 2001.

Apart from local TV appearances, Ripa’s first national television appearance was in 1986 as a regular dancer on Dancin’ On Air, which led to Dance Party USA. Her ambition at the time was to work as a newscaster, and she frequently provided cast news reports. She has gathered a massive fortune from her career in different sectors. So, let’s know her total wealth and earnings.

Over the years, Kelly Ripa has amassed a fortune from agreements with brands such as Pantene and TD Bank, and in 2007, she and Mark founded Milojo, a production company named after their three children, Michael, Lola, and Joaquin. According to Celebrity Net Worth, she is worth an estimated $120 million as of 2021. In comparison, her husband, Mark Consuelos, is worth $40 million, totaling an astounding $160 million for the couple.

The American actress has a salary of $22 million per annum. Following her popularity on television, she announced that her debut book, Live Wire, will be released in 2022. A “sharp, humorous, and honest selection of real-life anecdotes from Kelly Ripa, demonstrating the various aspects and crackling wit of the beloved daytime talk show host,” will also be included in the book.

The book will be launched on April 19, 2022, and pre-orders are now available on her publisher’s website. The book costs $28.99. However, the price may vary depending on where you buy it. Kelly is also active on social media. She has 2.9 million followers on Instagram, 1.4 million on Twitter, and 587k followers on Facebook.

Kelly and Mark own several properties across the country. Kelly and Mark bought a 6,700-square-foot property in New York City for $9 million in 2005. She eventually sold the house for a profit of $3 million. They sold a different NYC house for $24.5 million in May 2014. Their current principal property is a three-bedroom Manhattan townhouse valued at at least $30 million.

The elevator in the five-story mansion delivers visitors to a private rooftop patio and garden. They have a ski house in Telluride, Colorado, and a beach house in the Hamptons for vacations. In 2004, the couple paid $2.35 million for their Hamptons house. This house is probably worth $10-15 million today. Their real estate portfolio is estimated to be valued at at least $45 million.