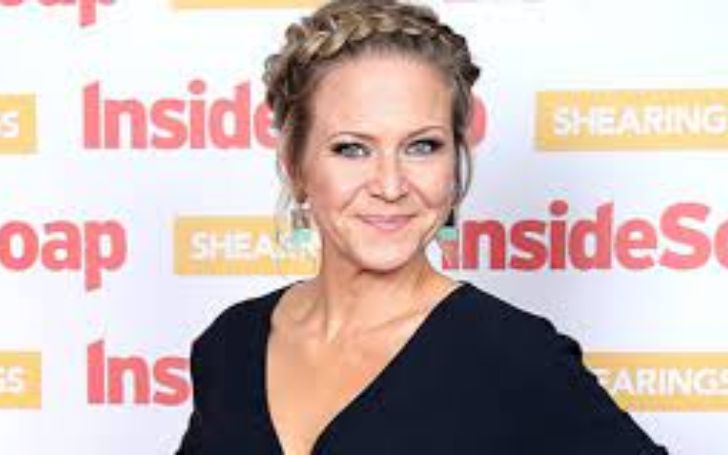 East Enders cast Kellie Bright shares the heartwarming news that she is pregnnat with baby no. 3.

Bright and her husband, Paul Stocker, are excited to welcome their third child in August 2021. The pair, which has already been parents to two adorable kids Freddie Stocker and Gene Harlyn Stocker, can’t wait to welcome baby no. 3.

Bright has been married to a British actor Paul Stocker since 2014. The lovebirds met when they were starring a play together. At that time, she was 31, and he was just 24. After dating few years, they tied a knot but split up for two months before their wedding.

How Many Children do Paul and Kellie Have?

Kellie Bright has two sons Freddy,9, and Gene,4. The blonde beauty announced she is expecting her third child, “Miracle” child after undergoing IVF. The actress talked about her decision to try for a third child.

During an interview with OK! Magazine, Kellie talked about her decision to try for a third child. She even mentioned, “it has nothing to do with the boys not being enough. They absolutely are. In fact, Bright is just she never felt like she was done.

Bright also stated she always had an itch, a desire to have more. She and her husband went round in circles for a couple of years, deciding whether to stop or go on for a third. The actress has a demanding full-time job, and the reality of having a baby and a toddler within all of that is overwhelming, and they weren’t quite ready.

What are Kellie Bright’s Sons up To Now?

Bright’s youngest son’s gene had some complications since birth. He was hooked up to a ventilator post he contracted bronchiolitis, a respiratory tract problem. Kellie talked to OK Magazine. Gene had a nasty cough; however, the doctor assured her he’d be fine. Then all of a sudden, Gene felt unconscious, so they rushed hospital. Baby Gene had to spend some nights in hospital on oxygen, but he’s home now and on the way to recovery.