Many know of Patricia Azarcoya Schneider as an established actress and a model. She's also the celebrity wife of American actor/comedian Rob Schneider. 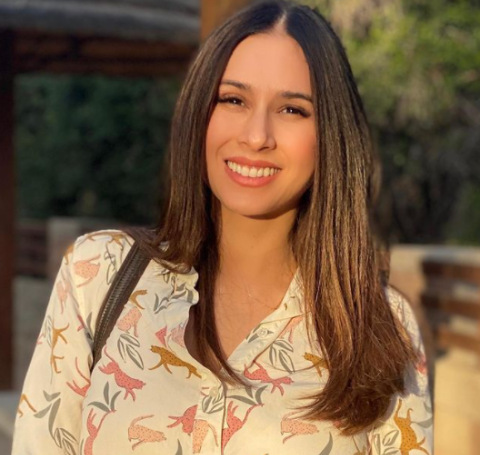 Did you know that Patricia Azarcoya Schneider’s career prior to her marriage with husband Rob Schneider was in Spanish Language Programming? She made a great deal for herself as an actress and a producer. Specifically speaking of her riches, Patricia holds a staggering net worth profile of $1 million as of 2021.

Not only that, but her husband makes millions more from his profession as an established American actor, comedian, screenwriter, and director. According to Celebrity Net Worth, he holds a smashing amount of $12 million.

The couple enjoys a comfortable life in their million-dollar estate in the United States. They previously had a history of owning a $1.922 million house in Marino, California, that they listed for $3.6 million in 2009, ultimately selling it for $2.3 million.

Speaking about Patricia Azarcoya Schneider’s love life, she’s happily married to the love of her life Rob Schneider. The couple met when she was producing a tv show that her future partner was working for. They hit it right away, and after dating for nearly six years, they ended marrying each other on April 23, 2011.

The top-notch comedian shared his sentiments about the wedding day as, “Patricia and I were surrounded by our closest friends and family; it was the happiest day of my life. We had a great time at the wedding and are looking forward to our honeymoon.”

Patricia Azarcoya Schneider belonged to a Mexican family and was born on 1988 March 06. The identities of her parents haven’t been shared in the media for privacy concerns as of now. She’s mostly vague when it comes to talking about her personal life.

The 33-year-old’s made an impactful social media presence with 17k followers on Twitter and over 80k followers on her Instagram profile. Patricia constantly posts all sorts of pictures of her life, giving fans a glimpse of her kids, cooking, vacation, love life, and many more.