Skip to content
Home » Entertainment » Newly Engaged Kate Hudson Shows Her Engagement Ring, Who is her Partner? Is She Getting Married?

Newly Engaged Kate Hudson Shows Her Engagement Ring, Who is her Partner? Is She Getting Married? 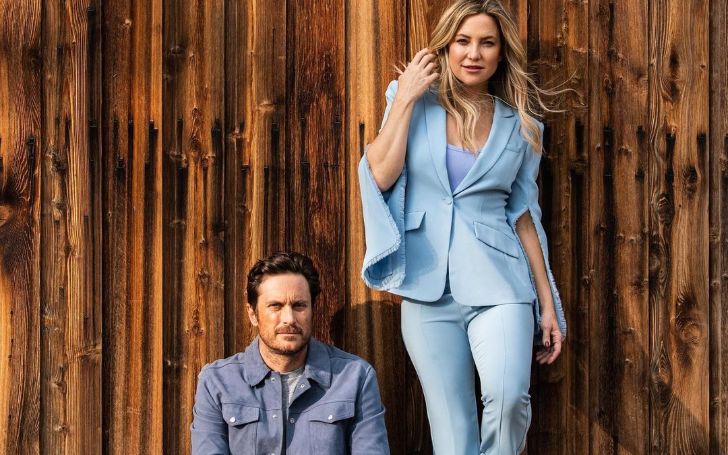 Kate Garry Hudson is a popular American actress, novelist, and fashion entrepreneur. She became well-known for her role in the film Almost Famous (2000), for which she received a Golden Globe nomination and was nominated for an Academy Award for Best Supporting Actress. Hudson is a co-founder of Fabletics, a fitness brand and membership program run by JustFab.

Furthermore, her first book, Pretty Happy: Healthy Ways to Love Your Body, was launched in 2016, and her second book, Pretty Fun: Creating and Celebrating a Lifetime of Tradition, was released in 2017. Hudson began to act on stage at the Santa Monica Playhouse when he was 11 years old. In the dramedy Desert Blue, she made her film debut (1998). So, let’s see whom the beautiful lady is engaged with.

Kate Hudson Shows Her Engagement Ring, Who is her Partner?

Kate Hudson shocked the world when she announced that she and her four-year boyfriend, Danny Fujikawa, are engaged. On Sept. 13, 2021, she shared a gorgeous and cozy snapshot of the two of them happily standing outside in front of a mountain and water, with her hand on his chest and her huge engagement ring on display. “Let’s go!” she captioned the sweet photo, which was greeted with a flood of congratulations.

The IG comments were naturally flooded with congratulations and best wishes from their friends, family, and admirers. “Omg congratulations!!!!,” remarked trainer Amanda Kloots, while journalist Katie Couric added, “SO pleased for you two, congratulations!!! XO.” “LETS DO THIS,” Gwyneth Paltrow said all she had to say.

Hudson and Fujikawa have been dating since 2017 when they met at the premiere of her mother Goldie Hawn‘s film “Snatched.” On the other hand, Hudson told CBS’ “The Talk” that they have been friends for a long time.

The couple has been friends for 15 years, although Danny’s name has only recently entered our famous lexicon. Hudson met Fujikawa, her best friend’s stepbro, when she was 23 and “enormously pregnant,” as she put it in an Instagram post commemorating their first date anniversary.

According to the company’s Facebook page, Danny founded Lightwave Records in 2013 with Chris Acosta of The Delta Mirror “as a method to release their music on their own terms.” The Delta Mirror’s sophomore album, Better Unsung, was published on the killer label, as was Danny’s solo album, Cellophane Castles. They re-released Beloved Enemies by The Shimmies, as well as pieces by Ave Grave.