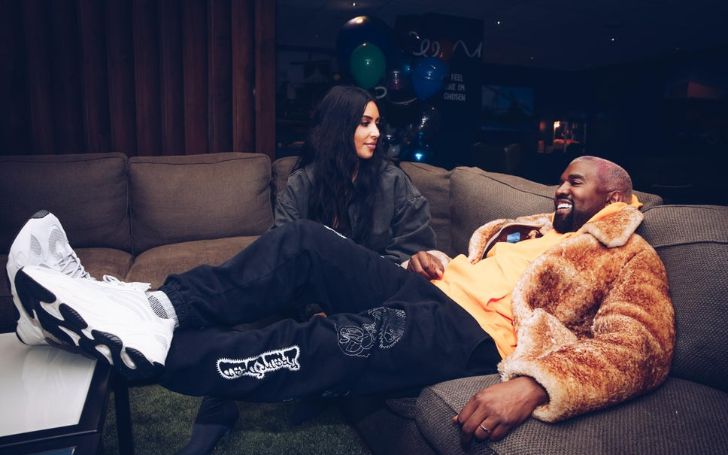 Kanye West Reportedly ‘Upset’ over the fact that his marriage with his wife Kim Kardashian couldn’t be saved.

Amid ongoing differences, Kim Kardashian filed for a divorce from her rapper husband, Kanye West. The couple is finally separating after being together for six years and sharing four kids, North West, Chicago West, Psalm West, and Saint West.

The mother of four asks for joint legal and physical custody of the children, and Kanye has also approved the arrangement even though he’s upset that things didn’t work out.

According to sources, “Kanye is upset that he and Kim couldn’t work it out, but he knows the two tried very hard to make it work.” They also mentioned that the American rapper will “forever love” his wife and is “thankful” they are parents to “incredible children.”

Adding on the insider also mentioned, the 43-year-old is “thankful for Kim and everything she did for him throughout their relationship. Kanye ultimately wants what’s best for Kim, but it will take him some time to adjust to his new normal.”

You may also like: Who is Travis Barker’s Girlfriend? Here’s All to Know About His Past Relationships and Partners

At the moment, the Keeping Up With the Kardashian actress is spending more time with her family and seeking helpful advice from them. “At the end of the day, they all want what’s best for Kim and know that this is the right decision for her and her family,” the source mentioned.

Both the couple had already signed their prenup, even though nobody expected to contest it. The divorce date is yet to be finalized as of now, but the separation is pretty much inevitable. This is Kim’s third marriage which went downhill, as she was previously married to David Thomas from 2000 to 2004 and Kris Humphries in 2011.

That’s about it for now, follow Featured Biography for more of these reads!