Jordan Alexander Spieth is a former world number one in the Official World Golf Ranking and PGA Tour professional golfer from the United States. He has three major titles and won the FedEx Cup in 2015. 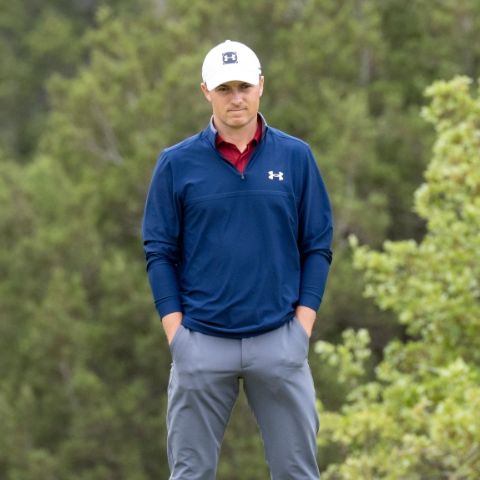 Jordan Spieth is a professional golfer from the United States with a net worth of $110 million. He is one of the world’s highest-paid athletes. He has won more than $40 million from PGA winnings alone as of this writing. Dan also raises tens of millions of dollars a year from endorsements in addition to tournament winnings. Between June 2017 and June 2018, Spieth earned $42 million in compensation and endorsements.

The golfer bought a 10,000-square-foot Dallas mansion from fellow golfer Hunter Mahan in 2016. Spieth reportedly paid $7.15 million for the 5-bedroom house, including an indoor basketball court, a 12-car garage, and a golf simulator gym.

Jordan Spieth finished second in the Junior PGA Championship in 2008 and 2009, and the American Junior Golf Association (AJGA) selected him Rolex Junior Player of the Year in 2009. He was the top player in the AJGA Golf Rankings in July 2011, just before his 18th birthday.

The 27-year-old played in the 2011 Walker Cup while attending the University of Texas, where his success on the golf team won him the titles of Player of the Year and Big 12 Freshman of the Year and selection to the All-Big 12 Team. Following his appearance as an alternate in the 2012 U.S. Open (tying for 21st place), Spieth was named the world’s top amateur golfer by the World Amateur Golf Ranking.

Dan turned professional in 2012, and in July 2013, he won the John Deere Classic, becoming the first teenager to win a PGA Tour event since Ralph Guldahl won the Santa Monica Open in 1931. He was named PGA Tour Rookie of the Year on September 27, 2013, and he finished the year ranked #22 in the Official World Golf Ranking. In 2014, he competed in his first Masters and tied for second place, making him the tournament’s youngest runner-up.

The professional golfer won the U.S. Open in June of that year, then went on to win the John Deere Classic and finish second in the 2015 PGA Championship, earning him the coveted number one spot in the Official World Golf Ranking. His win in the 2015 Tour Championship secured him the FedEx Cup title and a $10 million bonus. Spieth won more than $12 million in 2015, not counting the bonus.

Jordan Spieth started dating Annie Verret in high school and proposed to her on Christmas Eve in 2017. The following Thanksgiving weekend, the couple wed each other in a lavish ceremony. They are believed to have met at high school in Texas and stayed together despite attending different colleges.

Annie Verret‘s previously been known to be active in a variety of projects. For example, she was the event planner for The First Tee of Greater Dallas, an organization that used golf to empower underprivileged children. Verret was also a member of The Birthday Party Project, an organization that aims to organize birthday parties for homeless teenagers in the United States.

Jordan Alexander Spieth was born in Dallas, Texas on July 27, 1993. Chris, his mother, is a computer engineer who played basketball in college, and Shawn, his father, played baseball in college and is the founder of a media analytics business. Dan grew up with two younger brothers, Steven and Ellie, and spent his childhood playing golf, basketball, baseball, football, and soccer.

The professional golfer began by playing golf on his family’s lawn, but he later persuaded his parents to join the Brookhaven Country Club to hone his skills on a proper golf course. Spieth attended St. Monica Catholic School and Jesuit College Preparatory School before graduating in 2011.