Netflix subscribers heard the name Jas Leverette aka Cali K9r. He's a dog trainer who is well-known among celebrity dog owners. Due to his popularity, Netflix got him a reality series contract; in other words, Leverette made his reality-series debut with Netflix's Canine Intervention on February 24. Let's learn more about him on this page. 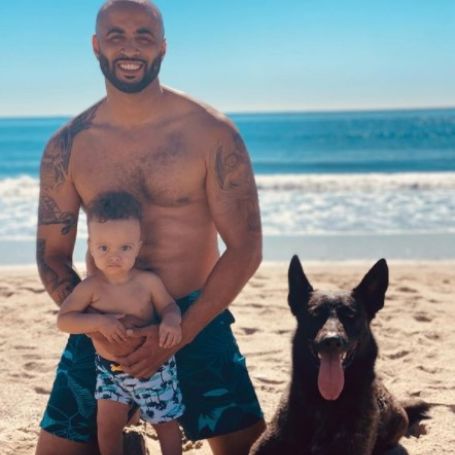 There are no official documents to vouch for Jas Leverette, aka Cali K9r’s exact financial status. Due to this fact, all media outlets have is an estimation.

According to Stars Offline, Leverette holds an estimated net worth of $400 thousand as of now. However, his new career as a reality show star might boost his income, and we may see a massive increment in his net worth by the end of 2021.

Jas Leverette loved dogs since he was a kid, and as he grew, that feeling also flourished, which ended up him starting his dog training business, California K9 Solutions, in 2009.

As a famous canine behaviorist, Leverette has trained several celebrities’ dogs, including Stephen Curry, Jason Derulo, Mozzy, and Kevin Hart. After noticing his popularity among the stars, Netflix signed him up for a show, Canine Intervention.

Leverette made his reality TV debut on February 24, 2021, and though he earned massive public recognition, it wasn’t all good for him. Why? Because with amass attention, he also gained critics. Many animal training specialists came in front and said he isn’t a certified behaviorist, and his techniques are inhumane.

Previous to all of this, Leverette was invested in the sports world. Precisely he played football with the Oakland Dynamites as a kid and also competed in equestrian sports, was a wrestler.

Jas Leverette, 37, is happily married to a beautiful woman named Nouhaila Leverette. The lovely duo tied the knot on July 22, 2017, and since then, they are watering their relationship as a perfect married couple.

Netflix’s new star is father to his first kid, a son, Jasir Leverette. He and his wife welcomed their baby boy on February 15, 2020.

Jas Leverette was born on October 26, 1983, in New York, to his parents. His full name is Jasalah Rabanne Leverette. He is a native of California.

Talking about Leverette’s parents, his mother, Kat Khadija Leverette, raised him in Oakland. His mother is a licensed aesthetician with a skincare clinic in San Leandro. Explicitly, she specializes in treating acne and multi-ethnic skin, as Earn The Necklace noted.